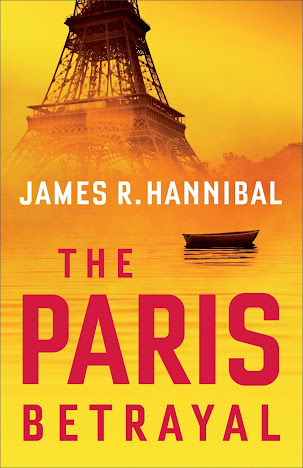 After a rough mission in Rome involving the discovery of a devastating bioweapon, Company spy Ben Calix returns to Paris to find his perfectly ordered world has collapsed. A sniper attack. An ambush. A call for help that brings French SWAT forces down on his head. Ben is out. This is a severance--reserved for incompetents and traitors.
Searching for answers and anticipating a coming attack, Ben and a woman swept up in his misfortunes must travel across Europe to find the sniper who tried to kill him, the medic who saved his life, the schoolmaster who trained him, and an upstart hacker from his former team. More than that, Ben must come to grips with his own insignificance as the Company's plan to stop Leviathan from unleashing the bioweapon at any cost moves forward without him--and he struggles against the infection that is swiftly claiming territory within his own body.
Award-winning author James R. Hannibal ratchets up the tension on every page of this suspenseful new thriller.
PRAISE FOR THE PARIS BETRAYAL
"A masterful thriller is created by a masterful writer, and James R. Hannibal is at the top of my list. I devoured every page with the lights on!" --DiAnn Mills, author of Airborne

"James Hannibal once again displays his dazzling prose and ability to keep even the more experienced readers guessing. In The Paris Betrayal, Hannibal sets his hook deep and early, then drags you through a riveting, edge-of-your-seat story. Another gripping, high-octane book from one of the best thriller writers in the business." --Simon Gervais, former RCMP counterterrorism officer and bestselling author of Hunt Them Down
"Riveting and action-packed! The Paris Betrayal is everything you want in a thriller--suspense, intrigue, and white-knuckle action. Hannibal has a knack for keeping you guessing in a plot that moves at a breakneck speed. This is one you don't want to miss!"
--Ronie Kendig, bestselling author of The Tox Files
PURCHASE LINKS
Amazon ~ Christianbooks.com ~ Barnes and Noble
Revell Affiliates

From THE PARIS BETRAYAL 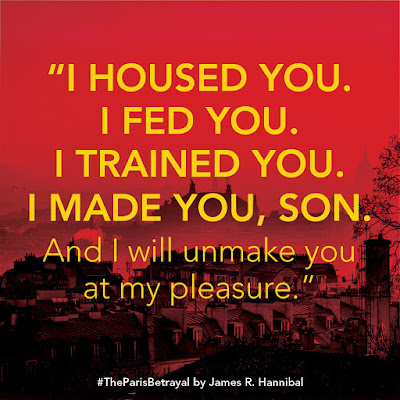 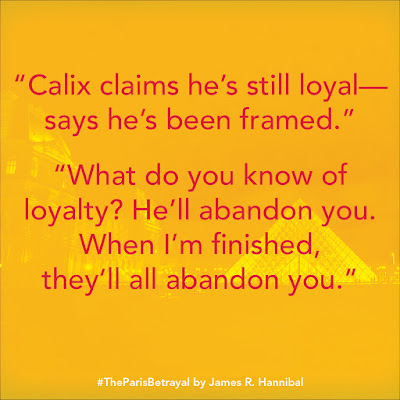 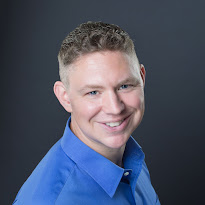 James R. Hannibal is no stranger to secrets and adventure. This former stealth pilot from Houston, Texas, has been shot at, locked up with surface-to-air missiles, and chased down a winding German road by an armed terrorist. He is a two-time Silver Falchion Award winner for his children's mysteries, a former Thriller Award nominee, and a 2020 Selah and Carol Award finalist for The Gryphon Heist--the opener for the CIA series that now includes Chasing the White Lion. James is a rare multisense synesthete, meaning all of his senses intersect. He sees and feels sounds and smells, and hears flashes of light. If he tells you the chocolate cake you offered smells blue and sticky, take it as a compliment. 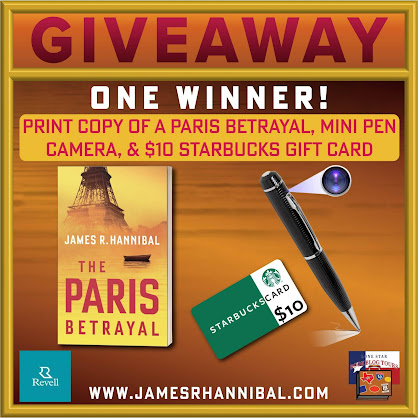 CLICK TO VISIT THE LONE STAR LITERARY LIFE TOUR PAGE
FOR DIRECT LINKS TO EACH STOP ON THE TOUR, Updated daily,
or visit the blogs directly: