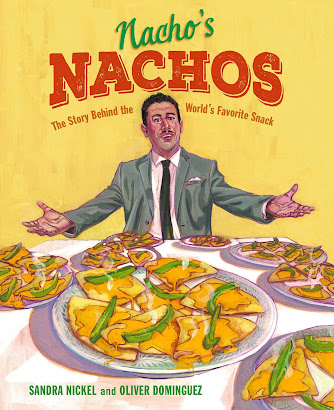 NACHO’S NACHOS is the deliciously true story about how nachos were invented—about what happened when a regular customer asked Ignacio “Nacho” Anaya for something new, and there were no chefs in the kitchen.
2020 is the eightieth anniversary of the invention, and Oliver Dominguez’s illustrations transport us back to the border of the Rio Grande in 1940, when Nacho’s quick thinking resulted in a snack now eaten everywhere from Texas to Paris to Hong Kong!
CLICK TO PURCHASE:
Amazon ┃ Barnes & Noble ┃ IndieBound ┃ Book Depository

An Insider’s View of the Victory Club, where nachos were invented,

Ignacio Anaya invented nachos eighty years ago at the Victory Club in Piedras Negras, Coahuila, Mexico. Sadly, the Victory Club no longer exists. However, Sandra Nickel, the author of Nacho’s Nachos: The Story Behind the World’s Favorite Snack, is here to give us an insider’s view into the legendary restaurant.

If you had to choose one word to describe the restaurant, what would it be?

“Posh.” It was very stylish, with white tablecloths and waiters in white jackets. It had a moonlight patio for dancing and a small orchestra. If my memory is correct, there was even a pianist entertaining guests during the day.

What type of things were on the menu?

Things Julia Child would have been proud to make—lobster thermidor and duck à l’orange. But it also had wonderful Mexican specialties, such as tampiquieña. And, of course, Ignacio Anaya’s nachos were on every menu!

Where exactly was the Victory Club located?

The Victory Club, or the Club Victoria, as it was called in Spanish, was in Piedras Negras, Coahuila, right across the Rio Grande from Eagle Pass, Texas. It was a few hundred feet from the international bridge. In fact, if you stepped out the door and turned left, you would have been crossing the bridge in only a few minutes.

Who came to the Victory Club?

Guests from both sides of the border. There was greater freedom of movement in 1940, and I don’t think people thought twice about crossing the Rio Grande for dinner. There was a US military base in Eagle Pass at the time, and I believe the Victory Club was a favorite of the officers, enlisted men, and wives.

Who was the owner?

Rodolfo de los Santos, who plays a role in the nachos story. He recognized the brilliance of Nacho’s invention and immediately put it on the menu. When the Victory Club closed in 1961, de los Santos helped Anaya set up his own restaurant.

Have you seen pictures of the Victory Club?

Luis Anaya and Roberto de los Santos Jr. shared a few with me. I’m sorry I don’t hold the rights to pass them on to you. However, you can visit the Lone Star Lit Book Blog Tour’s Sneak Peek to see what a fantastic job Oliver Dominguez did of recreating the Victory Club that shows the outside, with Ignacio Anya and Rodolfo de los Santos. It’s gorgeous, isn’t it?! 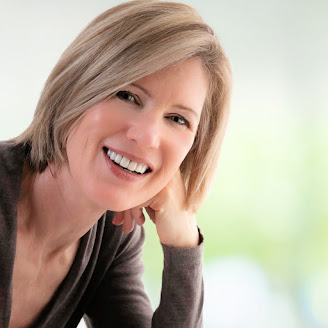 Sandra Nickel writes books and poetry for young readers. In 2020 and 2021, she has three books coming out: Nacho’s Nachos: The Story Behind the World’s Favorite Snack (Lee & Low), The Stuff Between the Stars: How Vera Rubin Discovered Most of the Universe (Abrams), and Breaking Through the Clouds: The Sometimes Turbulent Life of Meteorologist Joanne Simpson (Abrams). Sandra’s poetry can be found in SCOOP magazine.
Sandra holds an MFA from Vermont College of Fine Arts and has presented workshops on writing for children and young adults throughout Europe and the United States. Sandra has twice won the Katherine Paterson Prize for picture books.
Website ║ Blog ║ Facebook ║ Instagram ║ Twitter ║ Amazon ║ Goodreads
---------------------------------
GIVEAWAY! GIVEAWAY! GIVEAWAY!
FIVE WINNERS!
3 Winners: Print Copy + Recipe Card; 2 Winners: Recipe Card.
AUGUST 20-30, 2020
(US ONLY) 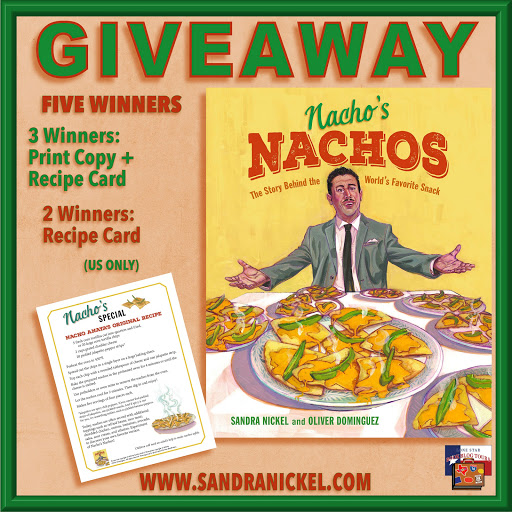