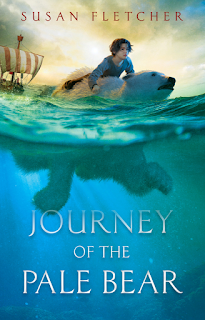 A runaway boy befriends a polar bear that’s being transported from Norway to London in this lyrical and timeless adventure story about freedom, captivity, and finding a family.


The polar bear is a royal bear, a gift from the King of Norway to the King of England. The first time Arthur encounters the bear, he is shoved in her cage as payback for stealing food. Restless and deadly, the bear terrifies him. Yet, strangely, she doesn’t harm him—though she has attacked anyone else who comes near. That makes Arthur valuable to the doctor in charge of getting the bear safely to London. So Arthur, who has run away from home, finds himself taking care of a polar bear on a ship to England.

Tasked with feeding and cleaning up after the bear, Arthur’s fears slowly lessen as he begins to feel a connection to this bear, who like him, has been cut off from her family. But the journey holds many dangers, and Arthur knows his own freedom—perhaps even his life—depends on keeping the bear from harm. When pirates attack and the ship founders, Arthur must make a choice—does he do everything he can to save himself, or does he help the bear to find freedom?

Based on the real story of a polar bear that lived in the Tower of London, this timeless adventure story is also a touching account of the bond between a boy and a bear.

(Arthur has run away, is hungry, and has stolen a rabbit leg to eat. It was Hauk’s food, and Hauk is set on punishing Arthur. They have come to a sort of warehouse where there is a bear in a cage.)
===
Hauk was dragging me toward the bear. I saw what he intended to do now and struggled to get loose. I yelled, I kicked, I beat at him with the rabbit haunch. He tore my knapsack from my shoulder, then grasped both of my arms and pinned them behind me.
The bear let out a long breath, a sort of moan.
“No,” I said. “Don’t do it. I’ll give you back your meat, I’ll—”
But Hauk turned me sideways and began to stuff me between the bars. At first, I thought I wouldn’t fit, but then my shoulders slipped partway through, and then my head, and then my hips. I staggered into the cage and, tripping, slammed my knees against the floor.
When I looked up, the bear had gone still at the far end of the cage. It was staring straight at me.
Its eyes, small and dark, were alert, curious, aware. I felt the faint stirring of its breath against my cheeks. I drew in the rich, ripe scent of bear until I seemed to sink down below the surface of it, drowning. From somewhere far away I heard Hauk and the lantern boy arguing, but the sounds fell away behind the throbbing of my bloodbeat in my ears.
The bear rumbled deep in its throat.
I rose to my feet, stepped back, and felt the iron bars press cold against me. I kept my eyes fixed on the pale, wide face, as if the force of my gaze could prevent the bear from lunching at me with its enormous jaws or raking me with its claws—claws that I could see out of the corners of my eyes, massive claws, claws from a nightmare of monsters.
Twitching. The big black nose was twitching, snuffling, searching. There was a thrumming in the air that came to lodge within my bones and sang there. Slowly, the bear’s head reached toward me, and I saw there was something loose and flapping off one shoulder—a harness. And then the dark eyes shifted away from mine to peer at the center of my chest. I looked down and saw my fingers clutched round the rabbit haunch. That’s what the bear was sniffing.  Carefully, I moved the meat away from my chest. It seemed that I might just hold it out and offer it, as you would hand a dropped thimble to your mother. But the bear took a step closer, and I felt a spasm of fear jolt through me. I tossed the haunch as hard as I could, off to one side. It smacked against the bars and hit the floor of the cage with a splat.
For the merest instant, the bear’s expression shifted. The great head swiveled to gaze straight into my eyes with something like reproach—seeming to say that it hadn’t been necessary to throw the food, that that had been beneath the bear’s dignity and mine.
Then it turned, snatched up the rabbit leg in its great jaws, and snapped it in twain.
I let out my breath in a rush.

ACCOLADES AND PRAISE FOR
JOURNEY OF THE PALE BEAR:

“I simply adore this novel. It has it all: gorgeous prose, fascinating history, riveting adventure. But it’s the unlikely tender friendship between a lonely boy and a polar bear that makes this a story to cherish. A lovely little miracle of a book.”
–Katherine Applegate, Newbery Medal-winning author of The One and Only Ivan 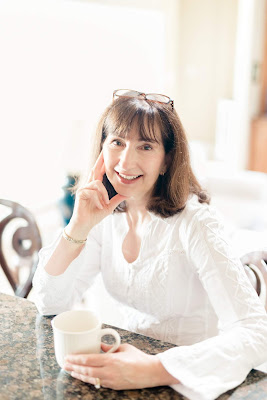 Although Susan loves to write about long-ago and faraway places, she can’t bring those worlds to life without grounding them in the details of this one. To that end, she has explored lava tubes and sea caves; spent the night in a lighthouse; traveled along the Silk Road in Iran; ridden in a glider, on a camel, and on a donkey; and cut up (already dead!) baby chicks and mice for a gyrfalcon’s dinner. To research Journey of the Pale Bear, she explored the grounds of the Tower of London and went backstage at the Oregon Zoo, where, standing breathtakingly near, she watched polar bears Tasul and Conrad lip grapes from their keepers’ open palms.

Susan has an M.A. in English from the University of Michigan and taught for many years in the M.F.A. in Writing for Children and Young Adults program at Vermont College. She lives in Bryan, Texas with her husband, historian R.J.Q. Adams, and their dog, Neville. 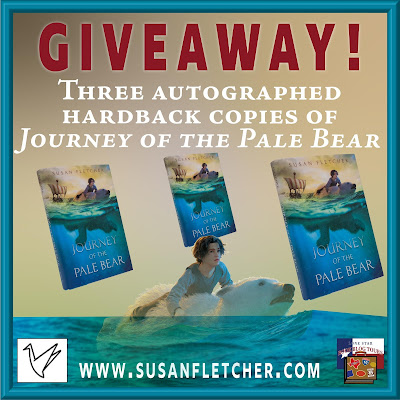 
VISIT THE OTHER GREAT BLOGS ON THE TOUR