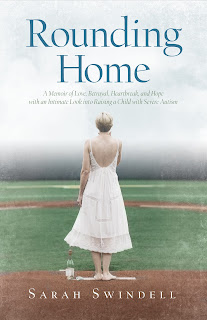 In 1991, twenty-one-year-old Sarah, the recently divorced mother to two-year-old Hayley, moved from the dusty small town of Farmington, New Mexico to the bustling city of Houston, Texas with dreams of a better life. A year later, she was swept off her feet by Greg Swindell, an established Major League Baseball player who had just signed a lucrative contract with the Houston Astros and was quickly becoming the talk of the city.

Six weeks after their first date, Greg asked Sarah to quit her job as a hairdresser and marry him during spring training in Florida. Over the next several years, Sarah's Cinderella story continued with the addition of three more children, a lifestyle only a few ever dream of living, and a love story even fewer ever experience.

That is until 2002 when her picture-perfect life came to a gut-wrenching halt, and Sarah was faced with more pain than she ever thought possible. For almost a decade, the puzzle pieces would cease to align due to an avalanche of events; a devastating autism diagnosis, a painful affair, multiple marriages, multiple divorces and her children's own personal struggles with self-harm, eating disorders, and attempted suicide.

If you have ever felt lost, betrayed, or heartbroken, this story will inspire you to never give up on finding true joy and happiness again. It will prove there is no such thing as the “perfect family” and that difficult times can actually make you stronger than you ever dreamed possible.

"Rounding Home takes you on a riveting journey through the eyes of an exceptional woman who embraced struggle, love, success, and the unimaginable, autism. Get ready to laugh, cry, and flutter with romance; it’s one hell of a love story!" -- Gena Lee Nolin, actress, author, advocate, “Thyroid Sexy,” wife & mother

"In Rounding Home, Sarah writes with gritty honesty, a deeply moving account of life with her autistic son. This testament to the resilience of the human spirit will touch your heart and soul." -- Gayle Nobel, life coach, autism mom, and author of three books about living with autism

"This story of the Swindell family is a poignant demonstration of how each family member responded and was changed, for better or worse, as they struggled to come to terms with how their lives had been altered. And although there was damage along the way, they ultimately triumph by rekindling the love that created their family unit in the first place." -- Dr. Bryan Jepson, author, physician, and father of two sons with autism

I have experienced sadness before, but it was nothing compared to the incredible hopelessness, exhaustion and fear I felt in those early morning hours. I wondered, was the exhaustion from lack of sleep, or was I simply tired of this life? My mind was as foggy as the weather outside, and the depression I felt was as heavy as a cloak I just could not seem to take off no matter how hard I tried.
There is nothing easy about having a severely autistic child. At ten years old, Dawson was in one of the most difficult phases in his young life. At the same time, I was undoubtedly in the most difficult phase of my own life and that certainly didn’t make our situation any better. Dawson hardly ever slept, and it seemed that for the last ten years, I was constantly in the “new mommy” phase, continually sleep deprived. I always felt like I just needed to lie down for a minute and shut my eyes.
Dawson makes these loud vocal noises; in the autism world they are called verbal stims. Verbal stims are essentially a coping mechanism autistic children form to help ease the stress they are experiencing, or to drown out things around them that are intolerable. It wasn’t too bad during the day, but in the middle of the night, those sounds became almost unbearable and certainly impossible to sleep through.
Sometimes he would cry in the night as if he was in immense pain, but because Dawson is nonverbal, he was never able to tell me what was wrong or show me where it hurt. It was a constant guessing game for me to understand how to help ease his pain and what to do next. Despite all of the intensive therapy we were doing, he just wasn’t making the progress I had desperately hoped for so many years ago. My heart ached for my son; he had to live such a confusing and too-often painful life. To love a child as much as I love Dawson, and to have no idea how to help him, is impossible to describe. At times, I was literally paralyzed with fear just thinking about his future, and now, on top of all of that, I was scared for my own.
It was the third time that week I had to get Dawson out of the house in the middle of the night so my teenage daughters could get the rest they needed for school. Those destinationless drives would take me all around Austin as the rest of the city slept. I was so exhausted, tears started to pool in my tired, burning eyes as I strapped Dawson into the back seat and grabbed my coffee off the hood of the car. He started to fuss a little, so I gave him his bowl of Chex to snack on and his beloved silk ribbon that in a way was his security blanket and usually would keep him occupied for a while. I didn’t bother to put on my shoes or a bra as I slipped into the driver’s seat looking like I was going to a pajama party.
Click to continue reading the Prologue on the 8/26/19 stop with Lone Star Book Blog Tours 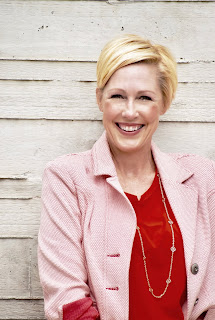 Sarah Swindell lives in the Austin area with her husband, Greg, a former Major League Baseball player and 2019 Texas Sports Hall of Fame inductee. Sarah is a commercial actress/model and has been working in the industry for over thirty years. She enjoys spending her free time with her four grown children and several grandchildren who reside in Texas as well.

Sarah is an avid moviegoer, loves yoga and true-crime podcasts, and advocates for children and adults with autism and other disabilities. Her son was diagnosed with severe autism at the age of eighteen months and continues to touch peoples' hearts to this day. 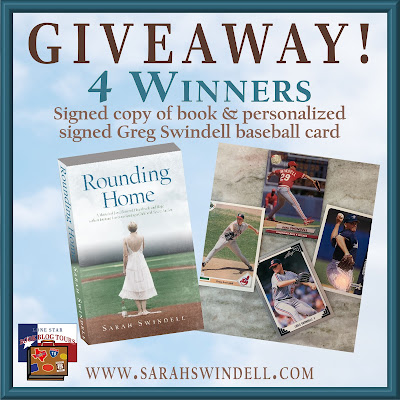