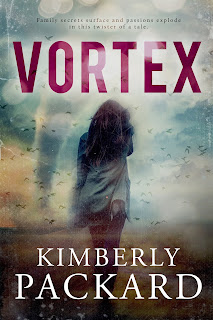 Constant spinning, round and round and round, temperatures rise and fall from stifling heat to chilling cold, emotions run high in anticipation of what will happen next… there’s a fine line between surviving a tornado and falling in love.

A close encounter with a tornado, during the final months of her doctoral studies, jogs a lost memory to the surface. Desperate to relive the vision and find answers, storm chaser Elaina Adams continually puts her safety at risk by placing herself in the path of dangerous storms.

When betrayal strikes, Elaina is forced to pair up with Robert Tucker. “Tuck” owns a storm chasing tour group and only cares about two things: chasing tornadoes and making his next buck.

Seth Maddux was climbing his way to the top as the star meteorologist for the Forecast channel, but an embarrassing outburst on camera sent his career on a downward spiral. Hoping to reignite his career with a promising field assignment, he meets Elaina and a different kind of flame sparks.

Family secrets surface and passions explode in this twister of a tale.

Vortex is a story of family, love, identity and determination set against the thrilling backdrop of Tornado Alley. 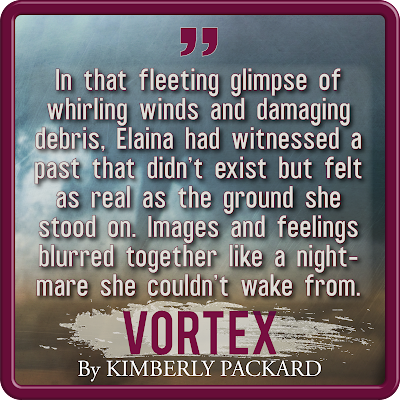 PRAISE FOR VORTEX:
"Set in the heart of America’s Tornado Alley, Kimberly Packard’s latest psychological fiction swirls with discovery and betrayal. VORTEX may make you question who among those closest to you are really your friends." -- Addison Brae, author of Becker Circle

"Vortex is a fast-paced story with a strong woman at its center. Readers will be in for a wild ride full of secrets, the labyrinth of memory, and the spark of romance. Definitely one to add to your reading list." -- Christine Brodersen, author of Lip Gloss, Shame and Murdered Tomatoes

"Kimberly Packard is an accomplished author who writes strong women characters. She blew me away with her Phoenix series (three books you don’t want to miss) and now in Vortex, we meet Elaina Adams, who, like all of us, struggles with her past, her career, and her family secrets. Action, and emotion-packed, this page-turner is a different kind of love story." -- Vanessa Foster, author of More than Everything 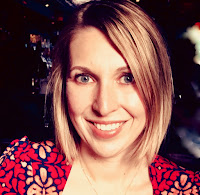 Kimberly Packard is an award-winning author of edgy women’s fiction. She began visiting her spot on the shelves at libraries and bookstores at a young age, gazing between the Os and the Qs.

When she isn’t writing, she can be found running, doing a poor imitation of yoga or curled up with a book. She resides in Texas with her husband Colby, a clever cat named Oliver and a yellow lab named Charlie.

Her debut novel, Phoenix, was awarded as Best General Fiction of 2013 by the Texas Association of Authors. She is also the author of a Christmas novella, The Crazy Yates, and the sequels to Phoenix, Pardon Falls and Prospera Pass. 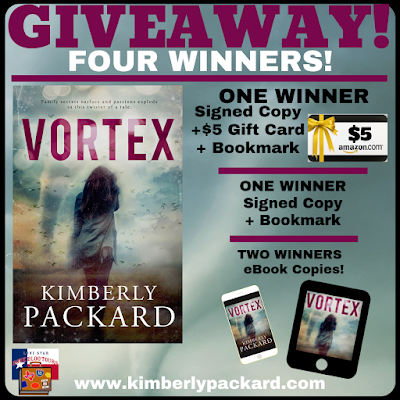