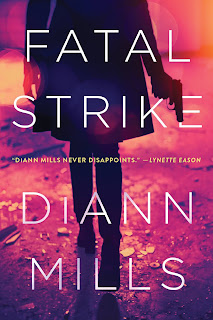 There’s a killer on the loose in Galveston, targeting law enforcement officials and using a fatal injection of snake venom to take them down. Authorities have reasons to believe the Veneno gang is behind the hits, and FBI Agents Leah Riesel and Jon Colbert team up to track down those responsible. Their best lead is an eyewitness who identifies a young man dumping the third body on a church doorstep. But their suspect has gone into hiding, and those closest to him are reluctant to reveal anything that might help investigators find him.

As Leah and Jon check connections among the victims and dig deeper into motives, they discover appearances may be deceiving. Someone is desperate to keep their secrets hidden, and Leah and Jon must face their greatest fears in order to stop the next fatal strike.

Tell us about some of the core themes you discuss in this novel. How can your readers relate to these areas in their own lives?
There are two important themes in this story: (1) how unforgiveness can make us bitter and the peace of embracing forgiveness and (2) the power of adoption in families and in the spiritual realm. Leah comes from a family that has embraced adoption, and both she and Jon go on a spiritual journey exploring what it means to be adopted into God’s family.

What do you enjoy most in writing about the work of the FBI?
Creating courageous men and women who dedicate their lives to keep us safe while showing traits that make them relatable and real.

How difficult is it to write about the FBI?
I’m fortunate to have forged a relationship with Houston’s FBI, and I’m a part of their FBI Houston Citizens Academy Alumni Association. In 2013, I was invited to take their 7-week course to learn about their various divisions. These sessions were taught by special agents who had either handled prominent cases or worked a specific division. Houston agents are incredible. I now work with a woman in Public Relations at FBI Headquarters in DC who answers all my questions. I’ve interviewed the agents who work the divisions in my stories for personal and professional input. Research can be difficult at times, but I believe in going straight to the source. The FBI, as well as other law enforcement agencies, want accuracy in our books and for the community to see them appropriately.

Can you tell us about some of the research that went into writing Fatal Strike?
I interviewed a gentleman who worked FBI SWAT. I learned so much about teamwork, the role of a negotiator, and the training. A sniper is used as a last resort when all other means of negotiation fail, and people are in danger. The sniper must be confident his or her shot will not hurt another person. Following a mission, the team discusses what went well, what went wrong, and how the operation could be improved.

What inspired the plot of this novel—especially the motif of snakes and venom?
First of all, I hate snakes. ☺ And I believe in writing what we fear. I knew I wanted a female FBI agent who also worked SWAT and had the role of a sniper. What if she were afraid of snakes? How would bad guys use rattlesnake venom? While a rattler bite is not always deadly, it is fatal (fatal strike) when injected into the heart. Plus, the bad guy leaves less evidence by eliminating the need to discard a knife or giving law enforcement an opportunity to trace a bullet.

What was your favorite scene to write?
Actually, there are two. (1) Leah faces her nemesis when she’s given what she thinks is a box of flowers and a rattler is inside. Loved her reaction. (2) Leah and her dad reunite after years of estrangement. I cried during that scene.

What are you most excited for your readers to experience through reading this novel?
The characters’ journey to solve a horrible crime. On the way they find forgiveness for their pasts and the gift of love.

How did the writing of this story impact you as a person or as an author?
Writing Fatal Strike gave me a better understanding of the stress and pressure of those who are members of SWAT and those who specialize as snipers. Although I’ve written many books that include FBI and other law enforcement, this story gave me the opportunity to relate their responsibilities with faith. After searching the Scriptures, I see our God is just and righteous. If He calls a person into this type of career, He will equip the person with tools to handle the weight of their responsibilities.

Can you tell us about some future projects you’re working on?
I’m finishing up a book currently titled Airborne. A female FBI agent boards a plane in Houston for Salzburg, Austria. She needs a vacation to renew her relationship with God and to figure out her future. Her husband has moved out, wants a divorce, and he doesn’t know she’s pregnant. Two hours into the flight, symptoms become evident of a deadly virus onboard, and her husband, a bioengineer, becomes a person of interest. 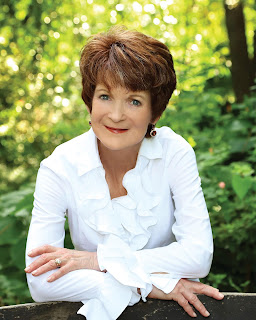 DiAnn Mills is a bestselling author who believes her readers should expect an adventure. She weaves memorable characters with unpredictable plots to create action-packed, suspense-filled novels. DiAnn believes every breath of life is someone’s story, so why not capture those moments and create a thrilling adventure?

Her titles have appeared on the CBA and ECPA bestseller lists; won two Christy Awards; and been finalists for the RITA, Daphne Du Maurier, Inspirational Readers’ Choice, and Carol Award contests.

DiAnn is a founding board member of the American Christian Fiction Writers, a member of Advanced Writers and Speakers Association, Mystery Writers of America, Sisters in Crime, and International Thriller Writers. She is the director of the Blue Ridge Mountain Christian Writers Conference, Mountainside Marketing Retreat, and the Mountainside Novelist Retreat with social media specialist Edie Melson where she continues her passion of helping other writers be successful. She speaks to various groups and teaches writing workshops around the country.

DiAnn has been termed a coffee snob and roasts her own coffee beans. She’s an avid reader, loves to cook, and believes her grandchildren are the smartest kids in the universe. She and her husband live in sunny Houston, Texas. She’s very active online and loves to connect with readers. 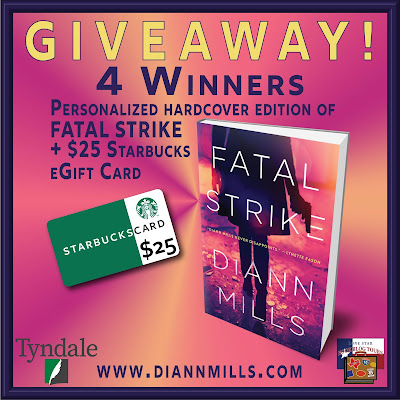