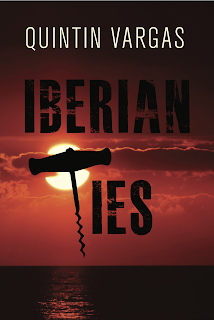 Without a motive, how do you catch a killer? A gripping thriller in the vein of Harlan Coben, Paula Hawkins, and Lee Child.

A rising star psychiatrist, American Nate Shelley is in Spain’s Canary Islands, making his world debut at a convention. But after delivering his keynote address, he and his fiancée Miro are arrested for murder.

Nate knows he’s not guilty, but is his future wife involved in some way in the crime? Miro’s directly implicated when the murder victim is identified as her stalker.

Is Nate’s career ruined? Is he facing life imprisonment? Does the American couple stand a chance of convincing the Spanish authorities—and Interpol—that they’re innocent? Not in a post-Brexit, anti-Trump European environment.

Racing to clear their names, Nate and Miro will soon be embroiled in sham investigations, powerful cartels, and family secrets finally coming to light.

Full of intrigue, this gritty international crime novel is a thrilling ride.

“Brilliant thriller! I totally loved and enjoyed this book!! Interesting twists and turns, well-developed characters and suspense all along the way. Definitely kept me on the edge of my seat. Can't wait for the next book!” –Gaby M., Goodreads Review

“This was an education about cultures and history as well as an unpredictable mystery.” –Robert R., Amazon Review

Q: How has being a Texan influenced your writing?

A: Growing up and living in Texas have allowed me to be fluent in two languages, and I integrate Spanish and English dialogue into my book IBERIAN TIES. Importantly, Texas has offered me the advantage of being exposed to a confluence of unique ethnic cultures. For instance, my Spanish, Mexican, and mestizo heritage has made me deeply aware of the impact of indigenous populations of the Southwest. Additionally, I learned of a forgotten Jewish segment of society that has virtually disappeared; one of my book’s main characters is of Hispanic descent from South Texas, and she also has Sephardic Jewish roots, which is truly very unfamiliar to many readers.

Q: Why did you choose to write in the thriller genre?

A: I had dedicated more than thirty years to scholarly writings, and I was ready to try something else. Since I enjoyed reading crime fiction, I thought it might be fun to attempt writing it.

Q: What did you enjoy most about writing this book?

A: I had the fundamentals of writing before starting to write fiction, having come from an academic and teaching background, but learning the craft of writing commercial fiction was an eye-opener. In many ways, I had to undo much of my inclinations when I wrote for an academic audience. And although creating fictional characters and plots was hard work, I thoroughly enjoyed it.

Q: What research did you conduct for writing IBERIAN TIES?

A: I did significant research on the Canary Islands, although I knew the archipelago from my own travels and visits there. I also researched police practices and the Spanish legal system. I also examined the inner workings of cartels, with attention paid to international crime.
Q: Whose work do you most enjoy reading?

A: I’ve learned a lot from John Irving, Harlan Coben, Arthur Conan Doyle, and Daniel Silva. It won’t surprise you to learn that both my wife and I enjoy reading crime and international thrillers. I also await every Joel C. Rosenberg novel that he publishes. I’m beginning to read Lee Child, and I wish I’d picked him up earlier. I started with Killing Floor and enjoyed it greatly.

Q: Are you a full-time or part-time writer?  How does that affect your writing?

A: My wife will tell you that I’ve become a full-time writer. My characters are constantly in my head. Often I find myself thinking—and saying-- “such and such a character would’ve said that…” or “this character would never do such a thing”. I will wake up thinking, I’ll put Nate (my main character) in this situation in order to force him to…”

Q: How does your book relate to your faith?

A: The spiritual component is very critical to me. Although I’m writing fiction, I need at least some of my characters to address their spiritual and religious beliefs. For example, my main character is a stable, competent, psychiatrist who is spiritually ambivalent. He is not an atheist; however, he’s not a committed believer either. And, it bothers him, because he wishes he were one or the other. He detests the quasi-intellectual drivel of agnostics in his social circle. One curious thing about Nate—the main character—is that he often finds himself praying, when he is worried or threatened. Yet, he cannot come to a firm belief in God. The arc of his spiritual development will become more prominent in books #2 and #3 as I write the trilogy.

Q: Who would you cast to play your characters in a movie version of your book?

A: Not a serious dramatic actor. If he were alive, Cary Grant would have made an excellent Nate Shelley. I’d need to select a person that can be self-deprecating without falling into annoying levity. Maybe Owen Wilson or even Luke Wilson could pull it off. 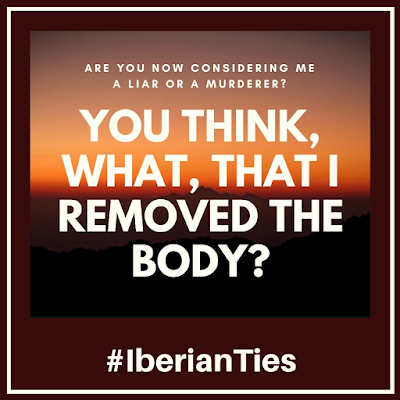 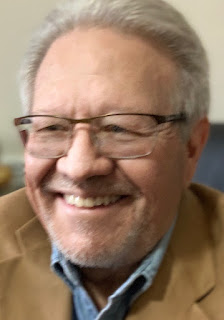 Iberian Ties is the first work of fiction published by Quintin Vargas. In addition to being an author, he combined a career as professor and dean in various American universities with becoming owner of a firm that prepared new immigrants to enter the marketplace and international workforce. His work impacted leadership development for various domestic and international private industries, non-profit organizations, and higher education.

As an academic, he served as dean and provost at various universities, including DePaul University in Chicago, the University of Texas, San Antonio, and St. Edward’s University. His academic writings have been highlighted in various publications, including the Journal of Research and Development in Education, the National Commission on Testing and Public Policy, and the Journal of Thought.

He and his wife, Marty, have five children and thirteen grandchildren. They reside in the Dallas-Fort Worth Metroplex. 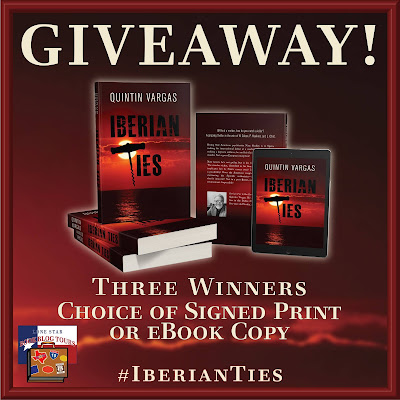