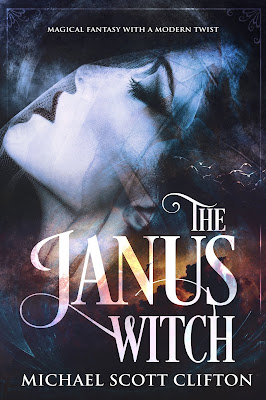 Malice vs Love
A beautiful witch, a member of a murderous coven, is torn from her medieval world and transported to East Texas. The passage leaves her with no memory of her previous life. She falls in love with a young pediatrician, but her dark past threatens to reassert itself…and make her a threat.

PRAISE FOR THE JANUS WITCH:

This novel was an absolute page turner with action and great character development. I enjoyed every minute of it. I'm excited for the next work by Mike Clifton. -- Bronwyn Pegues, Librarian, Longview Public Library

Michael Scott Clifton weaves and casts a magical spell in his fantasy romance The Janus Witch. A must read for any Fantasy Romance, Urban Romance, or Paranormal Romance enthusiast! -- Ranay James, Author of The McKinnon Legends: A Time Travel Series

A continuous flow of witchery and energy that kept this reader captivated until the end. -- The Electric Review, 5-Star Review


Morganna picked up both bodies as if light as straw, and carried them to a dark, filth encrusted alley beside the tavern. Rats scurried from the witch to disappear in moldering piles of spoiled food and garbage. With an effortless heave, she sent the bodies flying down the narrow lane to land with a graceless thud. Wiping her hands on her dress, the witch turned back to Tressalayne and Argatha.
“Another advantage of these seedy inns is dead bodies rarely draw attention. A couple of men with slit throats in a back alley is more likely to elicit a yawn than any kind of investigation. I’ll wager they’ll lay there until they become so ripe the smell forces the innkeeper to remove them.“
Quickly changing tack, Morganna asked, “Tressalayne, do you have the changeling powder?”
Tressalayne nodded and handed Morganna a blue bottle whose contents glimmered in the weak light.
With practiced ease, the dark-haired witch pulled the cork from the bottle while muttering words in a harsh, guttural, language few if any in the village, county, or even kingdom would recognize or understand. Arranged at arm’s length from one another, Argatha and Tressalayne stood while she tapped a minute amount of powder in her hand. Blowing a portion of it, first on Argatha, then the next on Tressalayne, Morganna re-corked the bottle and waited.
At first nothing happened. Only the mournful creaking of the tavern sign relieved the quiet of the night. Then, like embers from a fire, sparks fell from both women. Sluggish at first then building in intensity until with a crescendo, the raging fire completely enveloped both women. With a pop the sparks disappeared, and in their place stood two shorter, scantily-clad women. Argatha wore a stained, blue gown opened to her navel and barely covered her straining breasts. Of a light, transparent material, it left little to the imagination. Tressalayne wore a torn and patched green gown. The garment contained a slit which ended at mid-thigh to expose milky skin and shapely legs, while her breasts threatened to fall out of the loose bodice. Cheap jewelry in the form of rings and bangles flashed from both witches’ hands and wrists.
Scrutinizing them, Morganna, nodded, satisfied. She handed the bottle of powder to Tressalayne. “My turn.”
Tressalayne stared at the bottle before comprehension began to sink in. “You—you mean—”
“Yes. You are ready. It’s time for you to start using the spells I have taught you as my apprentice,” the dark-haired witch said with a tight smile.
But you haven’t let me try transmogrification and I am older and more experienced!” Argatha protested.
“True,” Morganna conceded, “but then Tressalayne is already a more skillful apprentice than you and I have no doubt, more powerful. Now shut up and let’s get on with it.”
Argatha opened her mouth to further protest, but a steely glance from the coven leader caused her to quickly swallow the comment.
Tressalayne fumbled with the cork and almost dropped the bottle. Fighting to keep her hand steady, she spilled some of the powder into it while repeating the spell spoken moments earlier. Finally, she blew the powder onto Morganna.
Time passed and nothing happened. Argatha chortled and Tressalayne feared she incanted the spell incorrectly. Just as she was about to ask for a second chance, sparks dripped from Morganna’s figure. A twisting tornado of sparks and flames roared to life until with a bang, it winked out.
Morganna stood before them, shorter and plumper in a worn, wine-red gown. Tight, it clung to her voluptuous figure, the gown cut low to expose the deep valley of Morganna’s enormous bosom.
The coven leader examined herself with a critical eye and nodded in satisfaction. “A little overboard with the tits, but otherwise well done.” Turning to Argatha, she said, “Get our ‘guests’.”
Cackling, the young witch returned to the cart and stuck her head in the back of the wagon and commanded, “Come!” 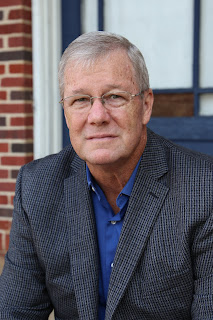 Michael Scott Clifton, public educator for over 38 years as a teacher, coach, and administrator, currently lives in Mount Pleasant, Texas with his wife, Melanie, and family cat, Sadie. An avid gardener, he enjoys all kinds of book and movie genres. His books contain aspects of all the genres he enjoys...adventure, magic, fantasy, romance, and relationships. He has been a finalist in a number of short story contests. Clifton’s fantasy novel, The Conquest of the Veil, won a First Chapter Finalist award. Professional credits include articles published in the Texas Study of Secondary Education Magazine. Clifton’s latest book, The Janus Witch, the July Book Cover of the Month, is a featured book on the We Love Indie Books website. Currently, Clifton is completing Book I of The Conquest of the Veil, which will be released in March 2019. He can be reached at mike@michaelscottclifton.com. 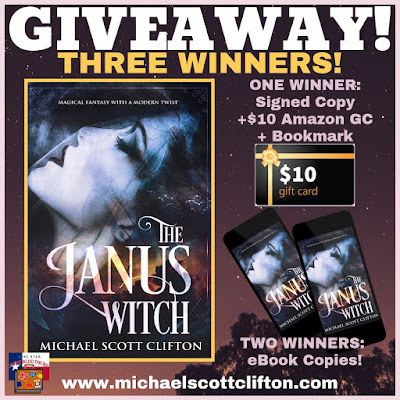