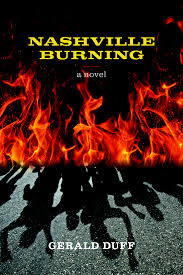 Nashville Burning opens with a tour of the various neighborhoods of the city and Vanderbilt University, introducing the cast of characters in their native habitats. I was immediately engaged by Duff’s tone of ironic formality. The cast is large, but each character is closely drawn with a unique voice and easily differentiated, especially the one in the rat costume and the one who thinks his left arm, being the reincarnated left arm of a Confederate officer, is dead. These diverse voices create a rich chorus of accents and dialects. Duff has a flawless ear for the rhythms of the Old South. Multiple plots and subplots are told in multiple third-person points of view, then seamlessly woven together. 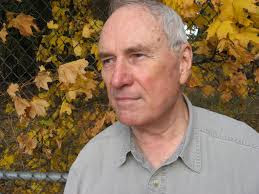 Award-winning author and Texas native Gerald Duff is one of the most versatile writers working today. Nashville Burning is the fifth book by Duff that I’ve reviewed. One was a memoir, another historical fiction set at the turn of the twentieth century, another a contemporary mystery, and yet another a contemporary comedy about historical re-enactors at Little Big Horn. No matter the genre or time or form, Duff always delivers. Kudos to the design team at Texas Christian University Press—Nashville Burning is a handsome volume with striking jacket art.

This tale of strife in the late 1960s is fine social satire, a sardonic send-up of campus politics, and a sharp-edged portrait of generational conflict. The grave issues so entertainingly explored in Nashville Burning are still hot today.