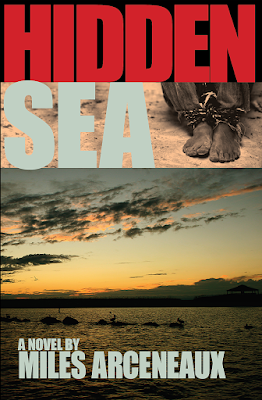 Charlie Sweetwater saw Mexico—especially the Mexican Gulf Coast—as a spiritual second home. He’d worked, played and lived there for much of his life, and thought the country suited him better than anywhere this side of his home on the Texas Coast.

But now a worrisome and potentially dangerous development has shown up on Charlie’s radar. Young Augustus Sweetwater, affectionately known as Augie, hasn’t reported in after completing a south-of-the-border sales trip for Sweetwater Marine. Raul, Augie’s father and Charlie’s nephew, is worried sick. Drug cartel violence in Mexico has reached epidemic proportions and Augie’s path took him through the heart of the narcotraficantes’ territory.

Charlie figures Augie just went off the grid to do some well-deserved fishing, surfing and beer-drinking at the end of his trip. He’d done the same in his time. But as Augie’s unexplained absence grows, Charlie and Raul become increasingly alarmed and set off for Mexico to bring their boy home.

What they unearth is far more than the sum of their fears. The familiar and friendly Gulf of Mexico has turned into a hidden sea plagued by smugglers, human traffickers, crooked politicians and even pirates. And Augie is lost somewhere in the middle of it all.

Charlie and Raul must summon an unlikely cast of characters to aid them, including a hilariously dissolute ex-pat musician, a priest whose faith struggles against the rising tide of refugee migration, a Mexican tycoon who may have secrets of his own and a beautiful maritime “repo man”. At the end of their quest, as the deepest secret of all is revealed, Charlie Sweetwater learns that neither Raul and Augie, nor the Gulf of Mexico, nor even himself, will ever be the same again.
══════════║║║══════════

“A riveting story from Texas that wanders down the cartel-invested Gulf Coast of Mexico and drifts across to lawless Cuba. The characters are as salty as the sea and the plot pulls you along as powerfully as the loop current.
W.F. Strong, Stories from Texas, Texas Standard Radio Network

“Hidden Sea is a total blast: smart, funny, and riveting, with unforgettably colorful characters and a world so alive that you’ll swear you’re really there.”
Lou Berney, Edgar Award-winning author of The Long and Faraway Gone
“In Hidden Sea, Miles Arceneaux tosses us in the drink of a timely contemporary adventure tale with the Sweetwater clan, complete with pirates, slave ships, family secrets, and the mother of all plot twists, in his patented Gulf Coast noir style.”
Michelle Newby Lancaster, Contributing Editor, Lone Star Literary Life, NBCC Literary Critic 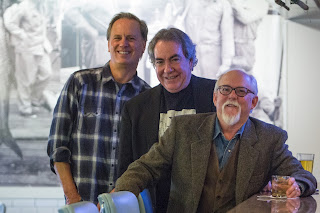 “Miles Arceneaux” is the pen name of three long-time Texas friends. James R. Dennis is a former attorney turned Dominican friar who lives in San Antonio. Brent Douglass is an international businessman from Austin. John T. Davis, also of Austin, is a journalist and author. Together, as “Miles,” they have been featured authors at the Texas Book Festival, the San Antonio Book Festival, and the Lubbock Book Festival.
WEBSITE
FACEBOOK   TWITTER
GOODREADS   INSTAGRAM 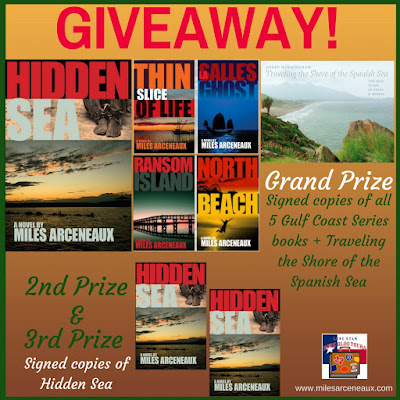