"What really happened to Jimmy?" Deleted Scene from THE GRAVE TENDER by Eliza Maxwell

THE GRAVE TENDER
by
By Eliza Maxwell 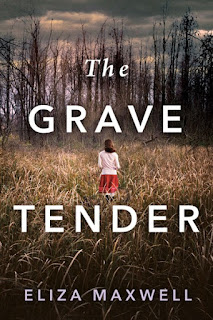 A chilling psychological suspense novel, The Grave Tender explores the dark boundaries people cross to save loved ones, and the limits of family bonds tested by the deepest of betrayals.

Endless questions from a shadow-filled East Texas childhood haunt Hadley Dixon. People said her mother, Winnie, was never quite right, but with one single, irreparable act, life as Hadley knew it was shattered. The aftershocks of that moonlit night left her reeling, but the secrets and lies had started long before.

When a widowed and pregnant Hadley returns years later, it’s not the safe harbor she expects. The mysteries surrounding a local boy’s disappearance remain, and the townspeople still whisper about Hadley’s strange and reclusive Uncle Eli—whispers about a monster in their midst.

But Hadley’s father and grandmother, the cornerstones of everything safe in her world, avoid her questions. If Hadley stays here, will she be giving her children the family they need or putting their lives in danger?

The hunt for answers takes a determined Hadley deep into the pine forests, in search of sunlight that will break through the canopy of lies long enough to reveal the truth.

"The Grave Tender will grasp you in its hooks from the beginning as you try to figure out the truth behind each character, because no one is truly what they seem ... Addicting, easy to read, and hard to put down." - Shelbi LeMeilleur, Insite Magazine

"What really happened to Jimmy?"

DELETED SCENE from THE GRAVE TENDER


One of the questions I'm asked most often regarding The Grave Tender has to do with Hadley's husband Jimmy.  He's dead in the book by the time we meet grown-up Hadley, but other than a brief reference to having lost him long before, he's been mostly swept away with the scraps left by the editing knife.  This is a scene that didn't quite make it into the final version, for those who can't help but wonder . . .

It was the perfume that gave Jimmy away.  Hadley favored citrusy scents that hinted of springtime and sunny days.  But this was a deeper, velvety aroma that wrapped itself around her husband, trailing an invisible silken ribbon from him, out the door and into the night.

That ribbon was a noose around the neck of her marriage.  Hadley lay awake the night she first smelled the perfume of another woman on Jimmy.  She ran through the possibilities in her mind.  None of them were good.

Hadley wished she were the kind of woman who could lie to herself.  It would be easier if she could set it aside and pretend for all the world like everything was fine, if only for Kate's sake.  But for Hadley, truth was truth.  It could be colored by feelings and interpretations, but feelings didn't change the facts.  She didn't have a secret closet in her mind where she could throw the things she didn't want company to see, slamming the door on them before they had a chance to escape, then go about her business, pretending they didn't exist.

Hadley waited two days, until they had the small apartment to themselves.  Kate was at a friend's house.  She’d be back in an hour.

“Tell me Jimmy, was it worth it?  Was she worth losing your family for?”

Jimmy wasn’t facing Hadley when she spoke, but he went still.  He looked like a man who’d been sleepwalking and wandered onto a frozen lake without knowing it.  The ground was cracking around his feet.

Any doubts Hadley might have been holding onto were wiped away.  Slowly he turned around, afraid to make any sudden moves.

“What are you talking about Hadley?” he said, but she could hear the panic just under the surface.

“Save it Jimmy,” she said quietly, then turned and walked away, shutting their bedroom door behind her.

She tried to stop her heart from breaking, but it was too late.  The damage was done.  She wanted to scream, to throw things, to lash out at Jimmy for doing this unforgiveable thing to her.  And to Kate.

Oh God, Kate will never understand.
Hadley thought of her own mother.
No, she thought.  I will not do this.  Not this way.

When Jimmy opened the door, she was sitting on the edge of their bed, fighting to be more than her emotions wanted her to be.

“Hadley, I swear… it was nothing.  She didn’t mean anything…”  He trailed off, looking like a man who knew he was drowning and was powerless to stop himself.

“Jimmy, if you’re trying to make me feel better, that’s not the way.”

“It was one time, Hadley.”  He was flailing.  His head was going under.

“I don’t think you understand, Jimmy,” she said, shaking her head.  “It’s not about that.  It’s about trust.  I’ll never know.  I’ll always wonder if you’re lying.  And besides, once is enough.”

There were women out there who would do anything to keep their marriage together.  Women who defined themselves as a wife, their identities hopelessly tangled up in the idea that their husband completed them in a way that made them somehow less without him.  But Hadley knew who she was, and who she wasn't.  And she wasn't a woman who stayed married to a man she couldn't trust.

The next day, Hadley contacted a lawyer to start divorce proceedings.  The day after that Jimmy left for his scheduled fourteen days on the off-shore rig that operated in the Gulf of Mexico, hoping when he returned they might be able to work things out.

But Jimmy never had the chance.  Nature decided to take that decision out of Hadley's hands.  On the twelfth day of his fourteen-day run, a storm came howling through the Gulf of Mexico, bringing an angry fury to bear on everything in her path.

The crew of the Diamondback rig was prepared for the storm.  Operations had stopped and the rig was well secured to ride it out.  Off-shore drilling was a dangerous job, but it still came as a shock when the reports came back.  Calvin Miller and Jimmy Bell had gone off the platform into the ocean that day.  There shouldn't have been workers on the platform at all.  It was a death wish.  And yet, the two men went in.  Calvin alone came back out.

People said he was a lucky man, and he was.  He was lucky to be alive.  Lucky to be able to return home to his new bride Rebecca, who was a spectacularly beautiful young woman.  A young woman who favored a rather expensive perfume that smelled the way velvet feels against your skin. 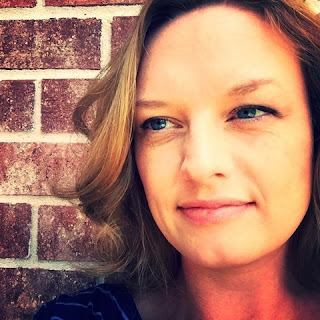 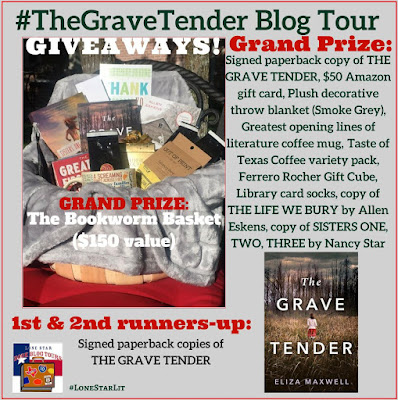