Review: FOY ON THE ROAD TO LOST by Gordon Atkinson 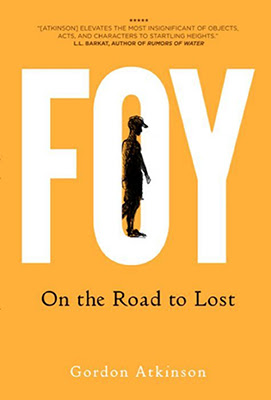 Congratulations to San Antonio's Gordon Atkinson! Foy On the Road to Lost (Material Media) won an IPPY Award silver medal in Christian Fiction. This is my review, published in the new issue of Lone Star Literary Life. Foyis a little gem.

Minister Foy Davis is having a bad week. His wife, and mother of his daughters, has served him with divorce papers, then two days later, in a more or less mutual decision (“like two lovers staring at each other and saying, almost simultaneously, We need to talk”), he’s been removed and/or resigned as pastor of a Baptist church in San Antonio. Foy’s midlife crisis of faith has been building throughout his adult life. He wonders what it would be like to be “a regular person.” As he’s leaving the church for the last time, he reaches for a vial of rose oil used for anointing the sick, gifted to him by an Episcopal-priest friend, and anoints his own forehead.

Foy sets out to discover what he suspects he might’ve been missing. In New Orleans. During Mardi Gras. He may even take up cigars. Emotionally volatile—swinging from anger to sorrow and back again—Foy is weary of being responsible for his congregation (for their souls, no less), and thinks he’d like to be “mildly empathetic, across a vast emotional chasm,” instead. He has “fantasized about … absolute freedom” for years, but in the event, he may find that it really is just another word for nothing left to lose. No matter how he tries, ecumenical Foy can’t make himself stop caring about people.

Foy: On the Road to Lost, the first novel by Gordon Atkinson, M.Div., doesn’t fit neatly into any of our convenient genres. It is only loosely a novel, as addressed in the Author’s Note. Each chapter is a self-contained unit, and the whole resembles a collection of linked short stories. These related tales are really a character sketch, but too finely developed and richly detailed to be termed a “sketch.”

Atkinson is at his best writing about Foy’s childhood, as a small child in Fort Davis, then as an adolescent in Houston. I’m reminded of the story of Harper Lee’s agent telling her to rework her book from Scout’s point of view—that’s how good Atkinson is with the boy Foy. Another standout character is Foy’s mother, a philosophy student who put away her ambitions to settle down to marriage, motherhood, and the expectations placed on a preacher’s wife in the 1960s. “The Sunday school teachers swaddled [Foy’s] mind every Sunday morning,” Atkinson writes. ”Sunday nights she [Foy’s mother] took him outside under the stars … [and] carefully unwound the swaddling clothes and set him free.”

Kudos belong to the design team responsible for Foy. This slim, bright yellow book sports beautiful end pages of black-and-white photographic images of the mountains of West Texas and charmingly whimsical pencil sketches of a character we assume to be Foy. Even the typeface has a story; it involves a dispute between the owners of a nineteenth-century British press resulting in every piece of the metal typeface being dumped into the Thames. There are so many small, literary jewels in Foy: On the Road to Lost.