Review: THE OLD & THE LOST by Glenn Blake 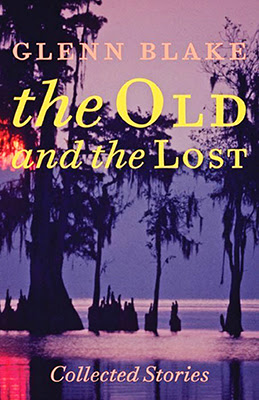 I reviewed The Old and the Lost: Collected Stories (Johns Hopkins University Press) by Glenn Blake for Lone Star Literary Life. Set in the Old South of Southeast Texas, these tales are spare yet atmospheric, with a profound sense of place. If Raymond Carver and Larry Brown had a love child, the result would be Glenn Blake.

The Old and the Lost: Collected Stories is an anthology of Glenn Blake’s short fiction, the latest in Johns Hopkins University Press’s “Poetry and Fiction” series. Several of these fourteen stories have been previously published in such journals as Gulf Coast, Southwest Review, and American Short Fiction. Set in the Old South of Southeast Texas, these tales are spare yet atmospheric, with a profound sense of place. If Raymond Carver and Larry Brown had a love child, the result would be Glenn Blake.

Life is hard for Blake’s working-class and impoverished characters, and brutality is common. Menacing, haunted, sometimes elegiac, a diffuse sense of unease pervades until the sudden explosion of violence (nature or man), the sound of which is immediately absorbed into the primordial soup. “The night has a way of healing itself.”

Lest you think Blake is all doom and gloom, in “When the Gods Want to Punish You” he describes a game of electric football from a character’s childhood. The current is cranked. “Sometimes, well-intentioned, seemingly competent centers quickly pivoted and began blocking the quarterback … guards and tackles hooked elbows and began dancing over a hash mark … sure-handed, fleet-footed wide receivers sprinted directly off the field and spent the duration of the play butting their heads against the bleachers … cunning, calculating, carnivorous linebackers pirouetted at midfield.”

Two of the standouts deal in the aftermath of a hurricane in very different ways. There’s a desperate humor in “Old River.” Jessie’s search for her missing cat leads her to the local animal shelter where, because she cannot abide one more death, she frees all the dogs. As she’s making her escape with a van full of canines, the drawbridge begins to lift for a tugboat. “The entire back of the van is filled with wagging tails … the beagle with his head out the window … the shepherd growling … the basset hound … begins to howl to the tug.”

“The Old and the Lost” is a poignant tale of a son returning to check on his elderly father after the storm has moved on.

One of two pervasive themes in Blake’s stories is loss. Someone is gone or in the act of leaving. Whether the cause is death, divorce, or (never) simply growing up, the missing are as present as the left behind. The other predominant theme is water. Flowing water is often a symbol of change, the ocean an obstacle, the swamp a symbol of fertility; but stagnant water also symbolizes decay and disease, even death. Water can cleanse and it can claim. One character wonders “what this country was like before there were ferries, before there were bridges. Bayous and swamps. Rivers and sloughs. No way in. No way out. Who in his right mind would’ve settled here?”

A writer of tightly constructed short fiction is not dissimilar from an artist who paints miniature portraits. Blake is a master.