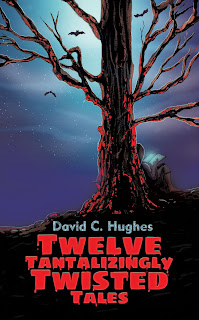 Who can pass up a scary tale or a spooky ghost story, especially right before bed on a stormy night after eating a sloppy bean burrito? From possessed bunny slippers to a house guarding an ancient secret, Twelve Tantalizingly Twisted Tales features a dozen short stories sure to raise a few goosebumps, conjure a giggle . . . and make you think twice before disobeying your mom the next time she asks you to clean the shower stall.


“This book is ‘Twilight Zone’ for kids.” –Don Winn, founder of Cardboard Box Adventures Publishing and author of the Sir Kaye book series

“Each story is a pleasure!” —Linda LaRue Austin, writer, historian, and author of Midnight Amethyst

“David Hughes is a modern-day weaver of tales much like the classic Grimm brothers. Each story awakens the imagination and questions what we commonly refer to as reality, while entertaining and delighting the senses.” –Jan Sikes, author of Flowers and Stone and other biographical fiction

What did you enjoy most about writing Twelve Tantalizingly Twisted Tales?

I enjoyed getting back into writing spooky stories, especially because my daughter helped inspire more than half of the stories contained in the book. I wrote this book with her in mind, and I especially enjoyed making the stories up while driving her back and forth to gymnastics practice. After the car door closed and we were heading out of the driveway, invariably the first words out of her mouth were, “Dad, could you tell me a story?” And off we’d go!

Why did you choose to write in your particular field or genre?

Over the 39 years I’ve been writing, I’ve covered the gamut from poetry to Christian inspirational to newspaper and magazine articles, but I keep coming back to horror fiction. Growing up in the 70s, I loved watching “The Twilight Zone” (Rod Serling was actually from my home town). But it was in 9th grade when a friend handed me a copy of Stephen King’s The Stand. I’ve been hooked on spooky stories ever since. Twelve Tantalizingly Twisted Tales is a culmination of serious dabbling in the genre since I began writing these stories in the 80s. And having an eight-year old daughter who loves me to tell her scary stories is a continuous source of inspiration and creativity.

Where did your love of all things bookish come from?

My dad grew up in the woods of southwest Pennsylvania and is a natural storyteller. Whenever he and his brother got together and told stories about their childhood, we laughed until we wet our pants. I guess I inherited that love of storytelling as well as my dad’s sense of humor, and I fondly remember sitting beside him on the avocado green couch when I was four years old as he taught me how to read. When I was in sixth grade I discovered both the library and Robb White, and my loved of reading grew from a little campfire to a full-blown inferno. I still love to read, and wish I had more time for it.

I started writing when I was about 13, sparked by my fondness for Don Martin (“Mad’s Maddest Artist”) and World War II novels about submarine warfare. My 9th grade English teacher, Mrs. Carr, told me I was the “Erma Bombeck of the adolescent generation.” That, coupled with the fun I had writing, inspired me to write and illustrate a comic book, write short humor, and spend as much time in the library as I could (yep, I’m a nerd). When Broome Community College published my article, “The Physics of a Thunderstorm,” in 1983, I just knew I could do this thing called “writing.” Seeing my work in print spurred me on, and I’ve been turning the crank off and on ever since.

I have two pilot licenses: glider and single-engine land. I wanted to be a fighter pilot when I graduated from high school but couldn’t get into the Air Force because of an ulcer I had developed when I was in ninth grade. Bummer.

What do your plans for future projects include?

With the publication of Twelve Tantalizingly Twisted Tales, I have nothing active in the writing pipeline at the moment. However, I plan to write at least one book (possibly a series) based on two of my favorite types of writing: Christian and horror. So it will be a book (or series) about spiritual warfare geared toward young adults. The main character is a gritty, in-your-face teenage girl with a, um, history, and a talent for demon slaying. 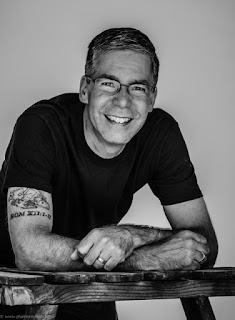 David C. Hughes defies the premise that engineers can’t write. With almost four decades of writing experience, he left his full-time corporate job in 2013 to launch his writing career. He has a passion for writing and for other writers, and loves to “talk shop” with anyone who will listen.

A former youth leader and deacon, David’s life is resolutely defined by his pursuit of God, and his desire is to convey God’s love, joy, grace, and healing through his testimony. His blog site, “David C. Hughes, Writer,” broadcasts his latest take on what it means to be a Christ-centered man, husband, father, son, brother, and friend in these exciting and challenging times. His God-ordained book, The Epiphany of Joy, and his picture book, Melted Clowns, both won the Texas Association of Authors 2015 Best Book Award. He is also the author of 10 Little Hiccups/10 pequeños hipos, a bilingual counting book.

Originally from the town of Maine, New York, David now lives in Granbury, Texas with the loves of his life: his wife, Mary, and his daughter, Hannah. At last count he also has two dogs, a handful of fish, six chickens, and countless geckos.


One Copy Signed by the Author & the Illustrator 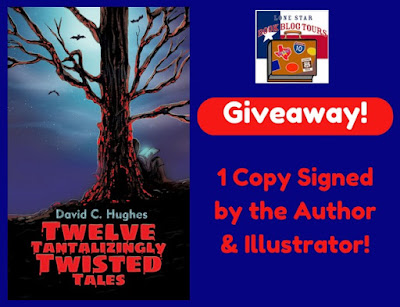