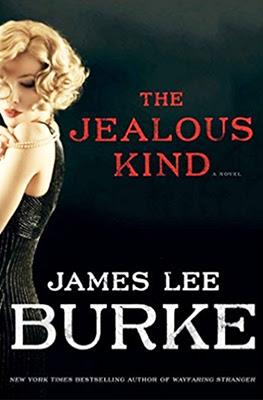 I reviewed The Jealous Kind (Simon & Schuster) by James Lee Burke for Lone Star Literary Life! This is Burke's second novel in the Holland Family series, a coming-of-age tale set in Houston and Galveston in 1952. The Jealous Kind is uniquely Burke and highly recommended. From the review:


It’s 1952 on Galveston Beach and seventeen-year-old Aaron Holland Broussard hits a drive-in for a burger after a day in the salt. Feeling lucky after swimming through a school of jellyfish without being stung, Aaron intervenes in an argument between the beautiful, brilliant Valerie Epstein and her mob-connected boyfriend Grady Harrelson (who “always struck a pose that seemed to capture our times—petulant, self-indulgent, glamorous in a casual way, and dangerous, with no self-knowledge”).

Aaron’s mother is bipolar, reminding him of “a crystal glass teetering on the edge of the drain board,” and his father is an alcoholic who belongs to “that generation of Southerners drawn to self-destruction and impoverishment as though neurosis and penury represented virtue.” Consequently, when the bad guys come for him, Aaron must depend upon Valerie, and his best friend Saber Bledsoe, “the trickster from classical folklore.”