A WIFE OF NOBLE CHARACTER
by
Yvonne Georgina Puig 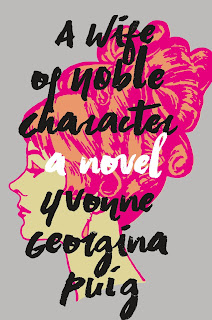 Thirty-year-old Vivienne Cally is wealthy in name only. Orphaned as a child and raised by a cold but regal aunt, Vivienne was taught to rely on her beauty and Texas tradition, and is expected to marry a wealthy and respectable man who will honor the Cally name. Friends with Houston's richest and most prominent families, she's a beloved fixture at the social events big and small, and suffers no shortage of access to some of the city's most eligible bachelors. Preston Duffin has known Vivienne and her set since childhood.  He's never shared their social aspirations or their status but is liked and respected for his sharp wit and intelligence. About to graduate from a prestigious architecture program, he is both fascinated and repelled by this group of friends he sits on the cusp of. He's long admired Vivienne's beauty and grace, but isn't sure he holds any place in such a traditional life. Intrigued by Preston's ambitions and the extent to which he challenges the only way of life she's ever known, Vivienne both courts Preston's attention, and rebuffs his critiques of her predictable and antiquated priorities and values.

Inspired by Edith Wharton’s The House of Mirth, Yvonne Georgina Puig's A Wife of Noble Character shares the original novel’s astute social commentary at the same time that it illuminates the trappings and rewards of coming of age that are wholly unique to the twenty-first century. Charming and shrewd at once, this Texas love story takes readers from Houston to Paris and Switzerland and back again, and will speak to both fans of Wharton and anyone who has every struggled to find their way in life.

Praise for A Wife of Noble Character

“A Wife of Noble Character is equal parts wry social commentary and heart-fluttering romance — an insightful journey for both the head and the heart.” —Refinery29

“This sharply drawn novel about Houston's oil-money elite strikes a beautiful balance—rollicking at times while deeply felt at others.”—Elle.com

“A compelling and complicated love story…The characters hearken back to Wharton’s while still not feeling like archetypes, and the interior narration matches the introspective style of Wharton’s writing.”—Book Riot

“A Wife of Noble Character possesses something that is intrinsically Houstonian: a sense of humor. . . Apparently, no matter how far you move, Houston sticks with you; Puig has the local milieu down cold.”—Texas Monthly

"In this vivid, socially acute novel of manners set in oil-money Houston society, Yvonne Puig charms us with prose and braces us with insight—a masterful, sharp-eyed and eloquent debut." —Janet Fitch, author of White Oleander and Paint it Black

"A fresh, funny look at what it means to be an adult in the 21st century and a juicy Texan comedy of manners, at its heart, A Wife of Noble Character is a good old fashioned love story." —Sarah Bird, author of Above the East China Sea

“A Wife of Noble Character is a wildly unique creation: A social novel that is simultaneously classic and utterly modern. I found it sharply insightful, lyrically written, and often laugh-out-loud funny; and could barely put it down until the last page. Puig is a talented satirist and a breathtakingly astute observer of character."—Janelle Brown, author of All We Ever Wanted Was Everything 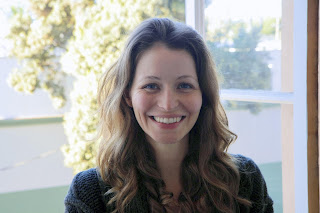 Yvonne Georgina Puig's fiction and essays have appeared in Salon, Variety, Los Angeles Magazine, and The Texas Observer, among others. She holds a Masters in Professional Writing from USC. She lives in Santa Monica with her husband. 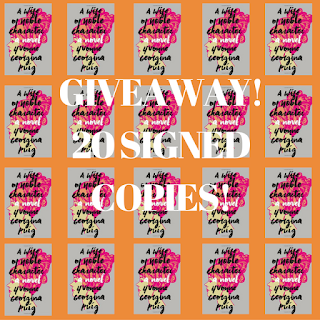