Review: THE HOPEFULS by Jennifer Close 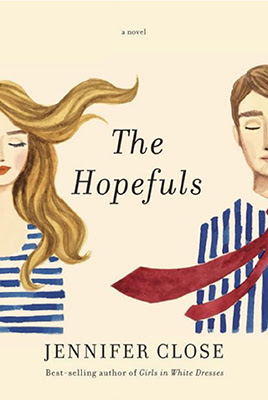 I reviewed The Hopefuls (Alfred A. Knopf) by Jennifer Close for Lone Star Literary Life! This is a sophisticated, acutely perceptive exploration of the corrosive effects of ambition and jealousy on individuals, a friendship, and two marriages. From the review:

Matt and Beth Kelly are a young married couple in Washington, D.C. Matt, who dressed up as Ronald Reagan as a child and has always known he wanted to run for office, is an ambitious lawyer in the Obama White House, but he’s frustrated that his career isn’t progressing as quickly as he’d like. Beth, a former editorial assistant for Vanity Fair, is a writer for a local website devoted to the trivial and scandalous social lives of the politicos, who feels profoundly dislocated in DC’s “hierarchy of jealousy,” invisible because she doesn’t work in politics.

Jimmy and Ashleigh Dillon are a young married couple from Texas rising fast through DC’s political ranks. Jimmy is young and charismatic; he golfs with the president, and perks, power, and plums fall into his lap. Ashleigh is a Southern belle whose outgoing personality and beauty-pageant looks are Jimmy’s perfect complement. When the Dillons return to Texas, Jimmy is recruited to run for the Railroad Commission, and he summons Matt to manage his campaign. The Kellys decamp for Sugar Land (“where life is sweet”) to help Jimmy turn Texas blue.

Close’s simple plot moves steadily, only bogging down briefly during the second third of the book, though this slowing ironically evokes the peripatetic monotony of the campaign. Close’s cast are generally sympathetic, authentically flawed characters, and Beth is a reliable, though disturbingly passive, narrator. Close examines the dynamics of couples and the corruptions of jealousy, as Beth observes Matt’s “Single-White-Female attitude toward Jimmy” and how Ashleigh is subtly different at home in Sugar Land. “I began to think of her as Texas Ash,” Beth says, “sort of like Malibu Barbie—basically the same, but with a few tweaks and extra accessories.”