Promo: A Kineño's Journey: On Family, Learning, and Public Service

A Kineño's Journey:
On Family, Learning, and Public Service
(Grover E. Murray Studies in the American Southwest)
by 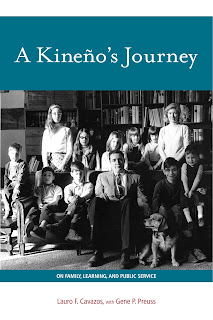 On September 20, 1988, the United States Senate unanimously confirmed Lauro F. Cavazos as the fourth Secretary of Education in President Ronald Reagan’s administration. A sixth-generation Texan and Kineño—a descendant of Mexican citizens who accepted work on Texas’s King Ranch in the 19th century—Cavazos was the first Hispanic appointed to a position in an American Presidential Cabinet.

The story of Cavazos’s journey leading up to his cabinet appointment is a portrait of a life devoted to the principles of education. In 1954, Cavazos married Peggy Ann Murdock; the couple had ten children, all of whom were educated in public schools. To enhance their children’s education, the Cavazoses traveled extensively, living out the principle that a holistic education includes exposure to others’ worldviews. During his service as Secretary of Education, Cavazos insisted that all children in America be educated to their fullest potential. A key tenet of Cavazos’s service was an emphasis on educating minority students—a passion Cavazos formed early on in his career, first as a faculty member at the Medical College of Virginia, then as a professor and Dean at the Tufts University School of Medicine, and later as President of Texas Tech University. 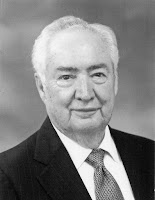 Former Secretary of Education Lauro F. Cavazos was born on the vast King Ranch in South Texas, where his father was the foreman. He received an M.A. in zoology from Texas Tech University and holds a doctoral degree in physiology from Iowa State University. He taught at the Medical College of Virginia and at the Tufts University School of Medicine, where he was Dean for five years. Cavazos returned to Texas Tech University in 1980 to become its tenth president—the first Hispanic and first graduate of the university to hold that office. He is a professor of public health and community medicine at Tufts University School of Medicine. He and his wife divide their time between Concord, Massachusetts and Port Aransas, Texas. 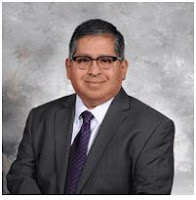 Gene B. Preuss is an associate professor of history and Special Assistant to the President at the University of Houston-Downtown. He is the author of To Get a Better School System: One Hundred Years of School Reform in Texas.