THE MEMORY OF US
by
Camille Di Maio 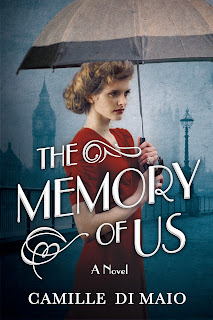 Julianne Westcott was living the kind of life that other Protestant girls in prewar Liverpool could only dream about: old money, silk ball gowns, and prominent young men lining up to escort her. But when she learns of a blind-and-deaf brother, institutionalized since birth, the illusion of her perfect life and family shatters around her.

While visiting her brother in secret, Julianne meets and befriends Kyle McCarthy, an Irish Catholic groundskeeper studying to become a priest. Caught between her family’s expectations, Kyle’s devotion to the Church, and the intense new feelings that the forbidden courtship has awakened in her, Julianne must make a choice: uphold the life she’s always known or follow the difficult path toward love.

But as war ripples through the world and the Blitz decimates England, a tragic accident forces Julianne to leave everything behind and forge a new life built on lies she’s told to protect the ones she loves. Now, after twenty years of hiding from her past, the truth finds her—will she be brave enough to face it?

"Will make you cry in the best way possible."
"This is a beautiful story of redemption, love, and honor."
"I fell in love with the characters."
"I'm not sure if I have ever had such a range of emotions with a book."

"This is one of the best books that I have read!"
"Touching and funny and tragic and beautiful."
"Packs a powerful, emotional punch."

My Two-fold Dream: Writing a Book and Meeting Paul McCartney

Growing up, my musical heroes weren’t of my own generation. It was the age of head bangers and hair bands, and although I had a penchant for a few of the keyboard-heavy groups coming out of the UK, I really was a fan of music from my dad's era.

So when, as a mom of four driving a minivan to my endless errands, the song "Eleanor Rigby" shuffled through my overloaded iPod, my ears perked up and I heard it as if for the first time.

What if Fr. McKenzie and Eleanor Rigby knew each other? What if they had a history?

Feverishly, I typed out a first draft in six weeks, substituting sentences for sleep. How old would they have been in 1966, when the song was released? I calculated that their young years would have been around the time of WWII. What a rich setting for a drama! How did he become a lonely priest? How did she become a lonely woman?

When I was done, I had a basic story. My first novel. My dream since I was twelve. The second dream was that someday, somehow, Paul McCartney would know what I had done with his song, with his characters. 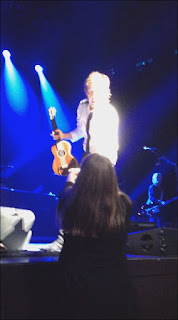 As I spent years editing it (seventeen drafts in total), I also sought to find ways to send it to The Man Himself. I mailed it to a few people who I thought might know him. His publicist. I even sent it to old-film-star Doris Day when I read in People that they are friends. (Never heard from her.) Every road was a dead end. I put the book down for a few years. My kids were getting older, needier. Our real estate business was exploding; it needed tons of attention.

Then, magic. Paul McCartney was squeezing in a benefit concert right in my town of San Antonio, in between concert-tour appearances. It was two months away - last minute enough that the stop didn't even get a mention on the tour tee-shirts. And, at a small venue - only 1,750 people, a far cry from the arenas that he packs night after night.

What was an aspiring author-and-Beatles-fan to do? I pulled out the manuscript, which might have been a dusty mess had it not been the computer age. I revised. Refined. Just days before the October concert, I was happy with the results. I headed downtown with my manuscript in hand and a ticket to the event. And a sign printed last-minute on cheap copy paper, folded so as not to be obtrusive at this fancy event.

I wrote a book about "Eleanor Rigby." May I give you a copy?

The concert was amazing. How this 70-something icon could still move and play and sing is a marvel. He played the classics: "Hey Jude," "Live and Let Die."

I learned later that this is the first tour in which he's had that song in the set. So, it was meant to be. Tears streamed down my face. For four years, I'd immersed myself in these lyrics, bringing them to life. And I was just feet away from the singer/songwriter performing it.

As the last notes died down, I took the sign out of my bag and unfolded it. I held it up just long enough to know that he had seen it as he crossed the stage to switch a guitar with a ukulele. I folded it back up. If anything was meant to happen, it would. He returned to the mike and took a breath as if to continue with the next song. But he stopped, shielded his eyes from the stage lights, and looked in my direction.

“Did someone say that they wrote a book about 'Eleanor Rigby?' And you want to give me a copy?" My “yes” surely thundered through the theater without the need for a sound system. "You sure can, baby! I’d love to read it!” 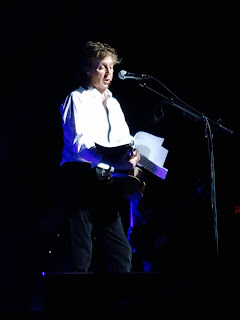 He waved away the security guard and called me up to the stage, where I handed my manuscript to him. Oh my gosh. I wasn't just mailing it to him in the hopes that he'd get it. I was HANDING MY BOOK BABY TO PAUL MCCARTNEY.

I thought, he'll just put it on an amp or hand it to a roadie, but instead, he took it up to the mike and flipped through it. “Jar by the Door. By Camille Di Maio.” Note: That was the working title at the time. The final title is THE MEMORY OF US.

And then he began reading it. Paul mcCartney said my name and read lines from my book and I was ready to die. He thanked me after that, and eventually did set it on an amp so that he could continue with the show. At the end of the show, he walked over my way and said, "Thank you" again, and once more as he and his backup bowed after countless encores

I don't know if he ever read it, but that was never the dream. I just wanted him to know that someone had loved his work enough to expand upon it. And now he knew. And I'm pretty sure he was happy about it.

Author’s note: After later being signed by a literary agent and then getting a book deal with Lake Union (an Amazon imprint), the title and character names were changed. So, while it's still "inspired by" the song it's no longer "about" the song. However, fans will easily see the influences, and I hope they're happy with how I imagined these two timeless characters. 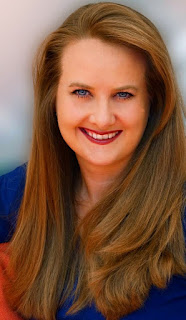 Camille is an award-winning real estate agent in San Antonio who, along with her husband of eighteen years, home schools their four children. She has a bucket list that is never-ending, and uses her adventures to inspire her writing. She's lived in Texas, Colorado, Pennsylvania, Virginia, and California, and spends enough time in Hawai'i to feel like a local. She's traveled to four continents (so far), and met Mother Teresa and Pope John Paul II. She just about fainted when she had a chance to meet her musical idol, Paul McCartney, too. Camille studied political science in college, but found working on actual campaigns much more fun. She belts out Broadway tunes whenever the moment strikes, and forever stays up late reading “just one more chapter.” There's almost nothing she wouldn't try, so long as it doesn't involve heights, roller skates, or anything illegal. The Memory of Us is Camille's debut novel. Her second, Before the Rain Falls, will be released in the spring of 2017. a Rafflecopter giveaway
(US ONLY)