Letters of a WASP Pilot 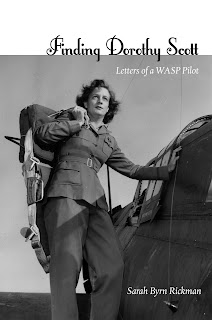 Dorothy Scott was one of the thirty-eight. She died in a mid-air crash at the age of twenty-three.

Born in 1920, Scott was a member of the first group of women selected to fly as ferry pilots for the Army Air Forces. Her story would have been lost had her twin brother not donated her wartime letters home to the WASP Archives. Dorothy's extraordinary voice, as heard through her lively letters, tells of her initial decision to serve, and then of her training and service, first as a part of the WAFS and then the WASP. The letters offer a window into the mind of a young, patriotic, funny, and ambitious young woman who was determined to use her piloting skills to help the US war effort. The letters also offer archival records of the day-to-day barracks life for the first women to fly military aircraft. The WASP received some long overdue recognition in 2010 when they were awarded the Congressional Gold Medal-the highest honor that Congress can bestow on civilians.

Who would you cast to play your characters in a movie version of your book?

My books are about young women — ages 20 to 30 — and I don’t know who the young actresses are. I always thought Glenn Close would be a great Jackie Cochran. Even though Jackie was 36-38 in the WASP years, Close could probably pull it off. Reese Witherspoon would be a good Nancy Batson. But for Nancy Love and the others, I haven’t a clue.

How important are names to you in your books? Do you choose the names based on liking the way it sounds or the meaning? Do you have any name choosing resources you recommend?

Yes, names are important in fiction and I rely mostly on sound. I have NO resources but my own intuition. Some of my characters’ names have simply “come to me.” Annie Gwinn, Clare Varsky, Midge Culpepper, Lacy Stearns, are some of the names I’ve given my fictional WASP.

Why do you only write about the WASP ferry pilots?

I write about the WASP ferry pilots because they have been ignored or passed over – given short shrift – by most other authors and historians. This is because the women ferry pilots “belong” to Nancy Love’s story, not Jacqueline Cochran’s story. Usually Cochran gets all the credit for the WASP, but she and her story are only half of the WASP story — and the second half at that. Nancy Love’s story started it all and her program, ultimately, became the most successful program engaged in by the women pilots. Other than through my books, you’d never know it.

What do you like to read in your free time?

Nonfiction: I particularly like biography because I have now written three biographies and I learn from reading other biographers.

Where is one place you want to visit that you haven't been before?

If you could speak with any accent from anywhere in the world, what would you choose?

I love the cultured British accent.

Not “fun” or “funny,” but I have always dreamed of climbing the Matterhorn and other awesome peaks, but I don’t like snow and cold and discomfort, don’t have the stamina or strength, and most surely don’t have the skill. So those magnificent vistas have remained only in my dreams! 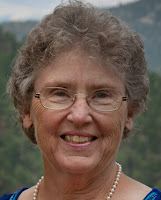 Sarah is a former reporter/columnist for The Detroit News (Michigan) and former editor of the Centerville-Bellbrook Times (Ohio). She earned her B.A. in English from Vanderbilt University and an M.A. in Creative Writing from Antioch University McGregor.

Sarah was born in Murfreesboro, Tennessee, and grew up in Denver, Colorado. She now lives in Colorado Springs with her husband, Richard, and their black Lab, Lady.


5 WINNERS Each Win a Signed Copy of the Book 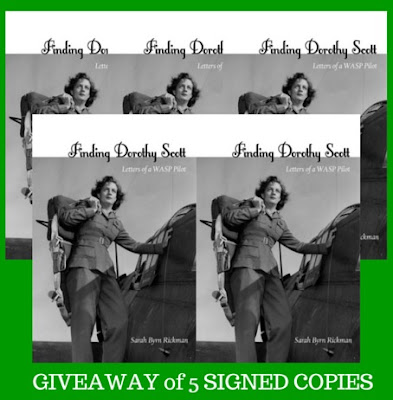