Interview with LISA SANDLIN, Author of THE DO-RIGHT 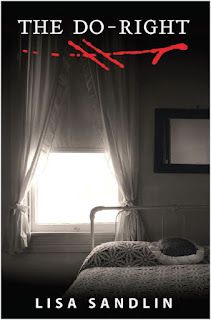 1959. Delpha Wade killed a man who was raping her. Wanted to kill the other one too, but he got away. Now, after fourteen years in prison, she’s out. It’s 1973, and nobody’s rushing to hire a parolee. Persistence and smarts land her a secretarial job with Tom Phelan, an ex-roughneck turned neophyte private eye. Together these two pry into the dark corners of Beaumont, a blue-collar, Cajun-influenced town dominated by Big Oil. A mysterious client plots mayhem against a small petrochemical company-why? Searching for a teenage boy, Phelan uncovers the weird lair of a serial killer. And Delpha — on a weekend outing — looks into the eyes of her rapist, the one who got away. The novel's conclusion is classic noir, full of surprise, excitement, and karmic justice. Sandlin's elegant prose, twisting through the dark thickets of human passion, allows Delpha to open her heart again to friendship, compassion, and sexuality.

PRAISE FOR THE DO-RIGHT:

"Lisa Sandlin’s The Do-Right is something akin to a rusted nail through the foot: it’s dirty, it hurts, and it’ll have you jumping up and down—or possibly just on the floor. Delpha Wade and Tom Phelan are as lovable a duo as any in noir fiction." -- Joseph Borden, Killer Nashville

“When a critic praises a writer’s original voice, what does that really mean? In the case
of Texas native Lisa Sandlin, it means dog-earing page after page in her novel The
Do-Right, to reread particularly terrific passages or, even better, share them aloud . . .
Check out The Do-Right, and see if you don’t find yourself reading passages aloud
just for the sheer pleasure of it.” – Shawna Seed, The Dallas Morning News

As a professor in a creative writing program, how would you answer the age-old question, “Can writing be taught?”

You can’t tap a wand and bestow huge talent on people’s heads. You can help students find their true and honest voice; recognize original language; point them toward movement, conflict, surprise, honesty. You can encourage them to read everything they can. In four years people accomplish enormous changes in writing style. I remember one young man’s final piece, a leap beyond what he’d written before. Every page, every fearless detail and description, the narrator’s voice, the last dizzying event—I practically passed out, holding my breath. Would he bring this story off? Oh my, did he.

Why did you write The Do-Right?

I wrote The Do-Right because I wanted to reverse the detective story convention. To create not a grizzled P.I. but a novice taking a flyer at the job and a secretary who’s lived the dark side of life. Enter Tom Phelan, fed-up roughneck who just lost a finger on an oil rig, and ex-con Delpha Wade, paroled after 14 years in prison for murder and looking for a job. Hello, Thomas Phelan, Investigations. These two are making it up as they go.

Would you explain to our readers how you “reverse the detective story convention?”

The convention/stereotype would be the tough, experienced private investigator who’s seen it all and his secretary, an attractive, loyal, peripheral babe who blows on her painted nails. I made my detective, Tom Phelan, a novice. He’s fed up with working oil rigs, he’s just lost a finger out there. He must have thought to himself, in the words of those ’70s geniuses, Monty Python, “And now for something completely different.” Delpha Wade, who applies for the job Phelan advertises, has fourteen years’ experience in prison. She is not a lightweight, she brings her own story, and her nails are plain.

You’re a native Texan. Which Texas writers did you read growing up, or do you read now?

Larry McMurtry, the incomparable Molly Ivins, all the great Texas Monthly writers, Katherine Anne Porter. I remember howling at one of Mr. McMurtry’s essays in which he describes buzzard-wrangling on the set of Hud. They wired the birds by their feet to a tree so they wouldn’t escape, and the buzzards ended up dangling upside down. Later, James Lee Burke, Mary Karr, Cormac McCarthy, Ben Saenz, Allen Weir. Currently I have a J. Frank Dobie from the library.

2015 was a big year for you. Texas Monthly named you one of its Ten Texas Authors to Watch. You were invited to the Texas Book Festival. In fact, TBF literary director Steph Opitz told Garden & Gun Magazine that The Do-Right was one of five must-read books set in Texas. Did you have a sense that The Do-Right would open these kinds of doors when you were writing it?

I was writing fast so it was all about the book. The book is the door. 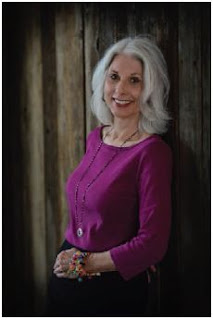 Lisa Sandlin’s story “Phelan’s First Case” was anthologized in Lone Star Noir (Akashic) and was later re-anthologized in Akashic’s Best of the Noir compendium, USA Noir. The Do-Right, which uses the characters from that story, is her first full-length mystery. Lisa was born in Beaumont, Texas, currently lives and teaches in Omaha, Nebraska, and summers in Santa Fe, New Mexico. 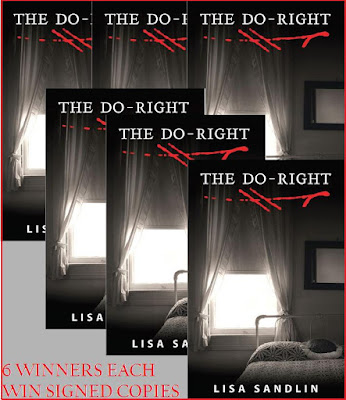