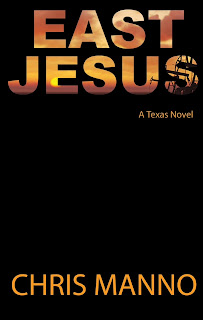 In the summer of 1969, a small town in west Texas prepares to send one of their finest young men off to fight a faraway, controversial war. A parallel battle of domestic violence erupts at home as a younger generation struggles to reconcile older notions of right and wrong and even fractured family ties with the inevitable price that the fighting demands.

Much like today's wars in Iraq and Afghanistan, the Vietnam war is little understood by those left behind, but the lessons of strength, commitment and duty are timeless, then and now. East Jesus, the story of that national struggle today as well as back in 1969, is a plangent, soulful journey lived through the eyes of a wide-ranging, colorful array of characters, with a conclusion readers will never forget.

There's more.  "East Jesus," said one editor, "is a message of hope for our children." Too often, teenagers who've survived a young lifetime of domestic violence believe "this is the hell I was born into, this is the hell I must accept for life." East Jesus turns that notion on its ear: though there's a price to pay, there's a better way that rises above the violence.

The novel is peopled by strong characters, particularly women, in a salt-of-the-earth, small town, west Texas community. The price of a far away, unpopular war always comes due in small town America, then (set in 1969) as well as now (Iraq and Afghanistan). But the lesson of hope, sacrifice and redemption is timeless.

To read East Jesus is to live that story, to transcend the fighting at home and abroad, and to embrace the hope and faith in what's right above all else.

Why East Jesus is an Important Novel

Every novel is important and matters from the standpoint of inscription: writing inscribes who we are, socially, culturally and ethically right now. In the same way that math is the language of physics, narrative prose is the language of humanism and how we measure ourselves against our hopes, dreams and our ultimate history. East Jesus takes the measure of small town, salt-of-the-Earth America bearing the price of a singular "my country, right or wrong" nationalism tested in the crucible of war. How do we surmount the challenge, the loss, and the price of redemption? It's a recursive narrative: East Jesus is set in 1969, but resonates today as the same nation grapples with yet another far away, unpopular and misunderstood war. And it's a novel more to be lived than just read. When a reader takes the journey and owns the trip, the experience, the ownership, is lasting. 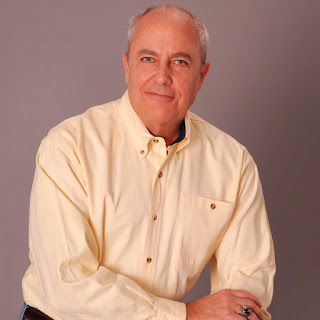 Chris Manno matriculated from Springfield, Virginia and graduated from VMI in 1977 with a degree in English. He was commissioned in the Air Force and after completing flight training, spent seven years as a squadron pilot in the Pacific at Kadena Air Base, Okinawa and Hickam Air Force Base, Hawaii. He was hired by American Airlines as a pilot in 1985 and was promoted to captain in 1991. He flies today as a Boeing 737 captain on routes all over North America and the Caribbean. He earned a doctorate in residence at Texas Christian University and currently teaches writing at Texas Wesleyan University in addition to flying a full schedule at American Airlines. He lives in Fort Worth. 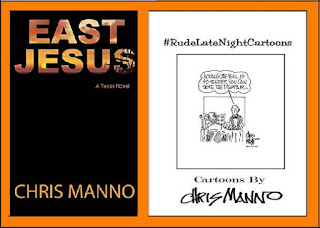