Review: OUT OF DARKNESS 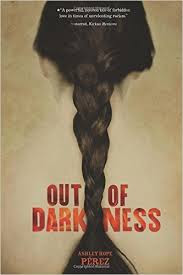 My review of Out of Darkness (Carolrhoda Lab) by Ashley Hope Pérez was published in Lone Star Literary Life! This book is marketed as YA fiction but I'm not sure why except that our heroine is seventeen; the conflicts presented challenge the most mature among us. Out of Darkness raised my blood pressure, made me laugh, and made me cry - true story. From the review:


Out of Darkness is fine historical fiction. Pérez weaves separate narratives of each of the characters, including “The Gang,” the dispassionate report of a vicious collective Greek chorus of high school students, to create a devastating portrait of barriers — race, gender, religion, and class — in East Texas during the Great Depression.

Pérez’s characters are distinct, complex individuals. Henry, with his “born-again smile” and “wholesome look of the redeemed,” lives a life defined by selfishness and self-pity. Superstitious, he reunites with his children after several years and moves them to East Texas because his pastor told him that was what God wanted, but Naomi had always been “a shadow at the edges of his happiness. Later, she’d been a brief, disastrous solution.” Henry “Anglo-cizes” the children’s names, a move that doesn’t sit well with Naomi, who considers “Smith” “a slick, faceless thing, a coin worn smooth. Maybe that was why he [Henry] did not understand that carrying a name was a way of caring for those who’d given it. Naomi Consuelo Corona Vargas. That was her name.” Wash is smart and impatient with the necessary bowing and scraping to whites. “Wash knew better. … Better was a safe place. Better was what you were supposed to do. … But Wash…wanted to know Naomi more than he wanted to know better.”

Click here to read the entire review. Thank you!
Posted by Texas Book Lover at 9:39 AM