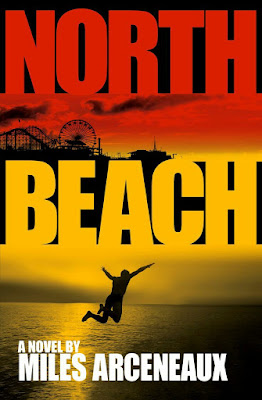 It’s 1962 on the Texas Gulf Coast, and 15-year-old Charlie Sweetwater and his brother, Johnny, are happily oblivious to the world’s problems. Charlie’s main concerns are qualifying for an upcoming Golden Gloves boxing tournament, ducking a local bully and, with any luck, stealing a kiss from Carmen Delfín, the prettiest girl he’s ever laid eyes on.

Charlie’s last innocent summer ends abruptly when his boxing coach is murdered and his friend, a black Cuban boxer named Jesse Martel, is accused of the crime.

Their problems are compounded when Jesse becomes a political pawn in a high-stakes contest between Cuba and the CIA—a contest that intensifies when the Cuban Missile Crises begins, and the world’s two superpowers come within an eye blink of mutual destruction.

Through it all, Charlie and his brother are convinced that Jesse is innocent, and they are determined to find the real murderer—a remorseless killer who is stalking more victims—and clear Jesse’s name before time runs out. Suddenly the Sweetwater boys find themselves navigating through a world that is much bigger, more complicated, and scarier than they ever imagined.

As we drove over the tall hump of the Harbor Bridge, I gazed down at the North Beach neighborhood below. It looked gloomy and pitiful and dark. . . . Once it had been a popular tourist destination, full of boisterous crowds of vacationers, stevedores, and sailors, along with local well-to-do families. Billboards promoted it as Texas’s own Coney Island, “the Playground of the South.” I had vivid childhood memories of the long fishing pier, the saltwater swimming pool with its high-diving board, and next to it, the Surf Bath House, where you could rinse off in a fresh-water shower after swimming, and then order an ice cream float from the soda fountain. . . . You could see clear to Mustang Island from the top of the Ferris wheel. . . .

But North Beach had changed since then. The carnival and amusement park went broke after the causeway was constructed, and a few years later, when the pivoting Bascule Bridge was replaced by the high-arch Harbor Bridge, people and cars began to hurry past the area as if it were a drunk passed out on the street. You could stare as you went by, but you sure didn’t want to stop. . . . Now only a few greasy spoons, pawn shops, dollar-a-day-flophouses, and a handful of windowless bars remained—bars off the beaten path, bars that people went to when they didn’t want to be seen, or found.

“Do you think Rachel would’ve been crazy enough to duck into one of those North Beach joints?”

He eased his foot off the accelerator, thinking about it, and then zipped over to catch the last North Beach exit before the Nueces Bay Causeway. “It’s worth a shot,” he answered. “And, yeah, I think she’s crazy enough.”

“Arceneaux keeps the story moving and the suspense building, working in plenty of humor along the way.”
Glenn Dromgoole, Texas Reads, September 7, 2013

Praise for Thin Slice of Life:

“Like Carl Hiaasen and John D. MacDonald, Miles Arceneaux sets his dark doings by blue water, and has a ball doing it. He makes me want to run away to the islands—Galveston, Mustang or Padre—and sip a tall, cold glass of gin-and-something while I read his latest tale. RANSOM ISLAND may be his best one yet.”
Sarah Bird, Best Selling Author of Above the East Sea China, September            2014

Blurbs for Thin Slice of Life:

“Miles Arceneaux has written a classic . . . steeped in salt-air atmosphere that just can’t be faked . . . It’s as if Dashiell Hammett had grown up on the Texas Gulf Coast.”
Stephen Harrigan, Best Selling Author of The Gates of the Alamo 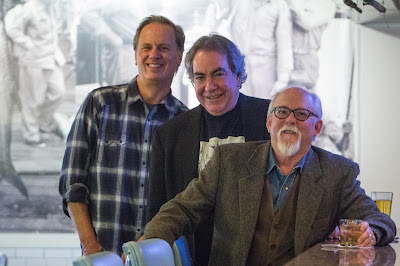 The author of four funny, fast-paced novels of intrigue set on the Texas Gulf Coast, Miles Arceneaux is a one-of-a-kind writer. Or, to be precise, he is three-of-a-kind. The irreverent persona of “Miles” is the product of three friends, lifelong Texans, and Gulf Coast aficionados.

Brent Douglass’ inspiration for Miles’ tales stems from his family’s deep Texas coastal roots, and the iconoclastic characters he crossed paths with growing up there. James R. Dennis’ intimate knowledge of both sides of the law (he’s one of the good guys, it should be mentioned) and his deep appreciation for Texas Rangers lore helps keep Miles’ protagonists on the side of the angels. As a longtime journalist covering Texas and Texans, John T. Davis has sometimes been accused of writing fiction, but this is the first time he has set out to do it on purpose. Together, Douglass, Dennis and Davis make “Miles Arceneaux” truly more than the sum of his parts.

www.lonestarliterary.com
Posted by Texas Book Lover at 12:00 AM