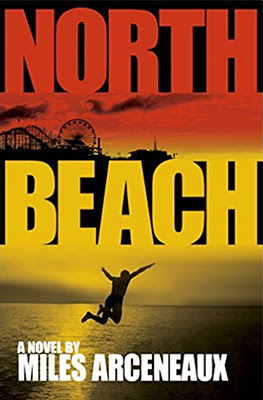 My review of North Beach by Miles Arceneaux was published in Lone Star Literary Life! From the
review:


“Okay . . . . What’s the worst that could happen?”
Johnny flashed me a quick smile and started the car. “The Sweetwater family motto.”

The triumvirate that is Miles Arceneaux — Brent Douglass, John T. Davis, and James R. Dennis — are back with North Beach, the fourth story about the Sweetwater clan in their series of crime novels that have been christened Gulf Coast noir. North Beach is a coming-of-age story of the next generation of Sweetwaters.

With North Beach, set in the summer of 1962, Arceneaux again proves masterful at evoking atmosphere and recreating a particular time and place. We are immersed in that year: the Space Race, Cuban embargo, fallout shelters, the Beach Boys, paranoia, and virulent racism. North Beach proves the truism that the more things change, the more they stay the same, as some of its historical elements remain relevant today.

To read the entire review please click here. Thank you!
Posted by Texas Book Lover at 12:00 AM