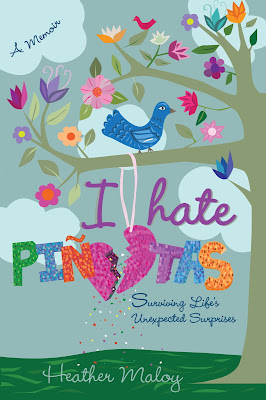 Heart surgery doesn't happen in a vacuum. This is what Heather Maloy learned first-hand when her son, Colman, was diagnosed in utero with a combination of congenital heart defects which are fatal without surgical intervention. I Hate Piñatas is a compelling story of hope and strength that vacillates between heartbreaking and outrageously funny as Maloy takes you through what three heart surgeries in three years looked like for one family.

Author's Note: I Hate Piñatas is not an inspirational book, but rather a true and honest account of what we went through as a family. In my quest to keep it real, there are curse words contained within the story. However, it's my hope that this book will leave you feeling inspired.


Awards won by I HATE PINATAS

Maloy bares her heart (and sometimes her teeth) in an honest debut that’s both snarky and sweet.


It’s hard to imagine that a memoir about a baby with a rare heart defect could make readers laugh. But that’s what “Crazy Heart Mama” Maloy’s blunt South Texas voice does. Sometimes her irreverent humor feels more like whistling in the dark; e.g., when first finding out that something could be wrong with her baby, she sadly wonders if he’ll be a “bobblehead.” Other times, her gritty humor is a pressure valve releasing stress, albeit in a juvenile way, such as when she felt like telling her mother-in-law to “go eat a giant bag of dicks.” And there are a few startling admissions; for example, when sick baby Colman wouldn’t sleep, she almost called him a “little fucker.” But honesty is the beauty of Maloy’s to-the-point voice. What sleep-deprived mom hasn’t fantasized—even with a healthy baby—about handing her screaming bundle of poop to somebody else for eight hours? The fact is that when Colman was diagnosed with hypoplastic left heart syndrome and a leaky valve, Maloy rolled up her sleeves and became his biggest advocate. Describing Colman’s condition as being born with “half a heart,” Maloy adroitly details the excruciating choices she and her husband had to make. None of the options were good. The author’s brusque voice may make some readers flinch—at times, even her family thought she was cold—but there’s no doubt that she dearly loves her son. Whether it was caring for Colman’s bloody hernia, being covered in projectile vomit, or waiting through surgery during which her baby would be clinically dead, Maloy’s well-written, heart-rending story spares no detail. 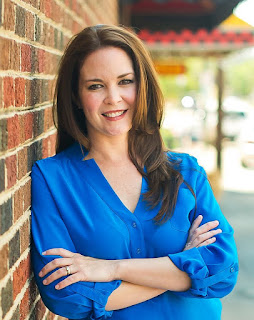 Heather Maloy works full-time as a court reporter in district court and writes sporadically on her blog, Crazy Heart Mama.

She lives in San Antonio, Texas with her husband, three boys, and their dog Buster, who doesn't seem to mind that none of his people are dog people.