THE NEPTUNE CHALLENGE
(sequel to the award-winning The Neptune Project)

Genetically engineered to survive in the ocean, Nere and her friends are recovering from their long, treacherous journey to refuge and settling in at Safety Harbor. Despite its name, plenty of dangers still lurk just outside the colony's boundaries. When two among them are kidnapped, the remaining Neptune kids and their loyal dolphins must set out on a mission even more perilous than their first: infiltrate the kidnapper's fortress to save their friends and steal away a vital scientific secret that may save the world and its oceans. Fighting terrifying mutated creatures and teens, will the Neptune kids find a way to save their friends, themselves, and their underwater world? The stakes couldn't be higher in this thrilling sequel to the award-winning The Neptune Project.

Our Safety Harbor inlet is calm this morning. Small swells lift and lower me gently. Already the sky overhead is starting to gray, and clouds along the horizon blush pink and red. I can just make out the hardy spruce trees that cling to sharp outcroppings along the shore. The morning is quiet except for the rush of the nearby surf and the cry of a gull winging its way across the dawn sky.

Mariah, the leader of my family’s dolphin pod, finds me bobbing on the swells. Her little calf, Tisi, swims a tight circle around me while her daughter Sokya rushes up and flips water in my face.

“What worries you this morning?” Mariah asks as she cranes her head out of the water so she can see me better. At forty, Mariah is a grandmother several times over. Her teeth are a little worn, and her right side is scarred by an old shark bite, but her eyes are still bright with intelligence. Mariah is also amazing at reading my moods.

“There’re so many people at Safety Harbor,” I try to explain while I rub Sokya’s favorite spot, in front of her dorsal. The slick, rubbery feel of her skin is familiar and comforting. “And they all think Dad’s awesome and great at running things. I’m afraid they expect me to be just like him. That Janni girl wants me to join her Sea Rangers and help fight the Marine Guard and sharks, but I just want to work with dolphins.”

“You led us safely here through many fights and many miles of sea,” Mariah reminds me.

I wince, remembering the dangerous journey my friends and I had to make from the southern sector to reach my father’s colony. I hadn’t really led everyone here safely. Two of our group died on our trip to Safety Harbor, and we lost sweet Pani, one of Mariah’s granddaughters, all killed by Marine Guard divers sent by the Western Collective to capture or eliminate us.

“We never would have made it here without your help,” I say to Mariah.

“I helped the most,” Sokya declares. She leaps out of the water and lands on her side, dousing me with a wave.

Challenges of Writing a Good “Sea-quel” to
The Neptune Project

Writing a good “sea-quel” to The Neptune Project was a fascinating, difficult, and ultimately rewarding challenge. I’ve never had the opportunity to write a second book in a series before, and I had no idea what an intense process it was going to be. This was probably a good thing, or I would have wasted a lot of time worrying instead of diving (so to speak) right into the sequel.

First of all, I found that writing a sequel is demanding in terms of craft. Sequel authors have to introduce their characters and their complex world quickly, and the premise of my Neptune books is pretty wild. Set two hundred and fifty years in a future where global warming is out of control, scientists decide to genetically alter their own children so that they can survive in the sea. I had to establish that premise, explain the biology of the Neptune kids, and make their undersea colony in the Queen Charlotte Strait a believable place all within the first few chapters. Eep!

Secondly, in a sequel new readers have to be brought up to speed on complicated relationships and individual backstories without the author boring returning readers. And I had a lot of characters in The Neptune Project. (Early on I had to make a family tree just to help me keep track of the dolphin family that loves my heroine Nere and protects my Neptune kids). Nere goes into to the water with her ex-best friend and meets up with a group of kids from very diverse backgrounds. Much of the first book is about them overcoming their differences to become a team. It was hard to decide how many of those conflicts to bring on to the pages of The Neptune Challenge. Then it was tricky having all my old characters meet up and form relationships with a new group of wild sea kids who possess orca, shark, and electric eel genes. 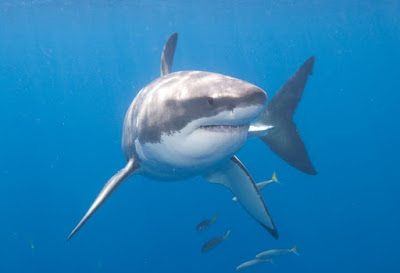 Thirdly, as The Neptune Project started to gain fans, I had to deal with a new set of pressures. I will be forever grateful to the dedicated librarians on the Texas Bluebonnet Committee who picked The Neptune Project for their 2014-15 list.  But suddenly I had librarians, teachers, and students all over Texas reading my book and clamoring for a new one. Making the Bluebonnet list with my first children’s book set the literary bar awfully high for my second. And The Neptune Project was such a page turner. Could I write a second book that would be as exciting as the first and still be “good” in terms of ideas, accurate marine research, world building, and character development?

Finally, I wanted to write a story that would please my fans, and wow, they are an enthusiastic bunch. It’s been humbling and wonderful to meet boys and girls who tell me that they’ve read my books eight times, ten times, and the record to date… a whopping twenty-three. But it’s also a daunting prospect trying to write a story to please a kid who has read The Neptune Project twenty-three times!

I am so very grateful to my talented editor at Disney/Hyperion. Julie Moody helped to guide me through this process. Her suggestions definitely helped me to see what needed to be on the page, and what didn’t, to keep Nere’s story coherent and exciting. The good news is, so far even my most ardent fans seemed to be pleased with The Neptune Challenge. I hope you have a chance to plunge into Nere’s undersea world, too, someday soon!

Polly Holyoke is a former teacher and loves reading, camping, skiing, scuba diving and hiking in the desert. She lives in Plano, TX with three rescue dogs, two spoiled cats and a nice husband who tolerates piles of books all over their house. Her debut middle-grade novel,The Neptune Project, was published by Disney/Hyperion and was selected to the 2014-15 Texas Bluebonnet Master List along with state reading lists in Maryland and Ohio. It was also named one of Bank Street’s Best Children’s Books of 2014. Her second children’s book, The Neptune Challenge, was released May, 2015.

website
Here you can find a treasure box of information about the series, the sea, and writing. There is information for school/group visits, use in the classroom (including curriculum guides), and links for extended research.
You can contact Polly, and her publicist via the “contact” page.