See You Tomorrow by Tore Renberg 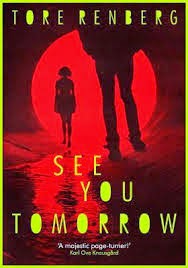 Note: the Scary and/or Crazy Factor is a simple scale of 1 - 10 with 10 meaning hide your pets.

Wow. Just, wow. I’m going to begin by introducing y’all to the cast of characters or we’ll all be hopelessly but happily (maybe deliriously) lost.

Veronika – foster sister to and in love (lust?) with Daniel, aspiring Bonnie to Daniel’s Clyde, scary and/or crazy factor: 8

Got that? Okay. See You Tomorrow by Tore Renberg is a brilliant accomplishment. It is a crime novel about, perhaps counter intuitively, love and philosophy. Also damaged people attracting each other like magnets and steel. Pål loves his daughters and his dog. Malene loves her father and her sister. Tiril loves the planet. Sandra loves Daniel and Jesus. Daniel loves Sandra AND Veronika. Veronika loves no one. Jan Inge loves everyone. Rudi loves Cecilie and Jan Inge and is willing to give everyone the benefit of the doubt. Cecilie loves Rudi and Jan Inge. Tong loves himself.

This is a long book – 551 pages – but it is a page-turner; it begins with intrigue on page one and the pace never lags. The sense of foreboding is palpable – you just know these wack-jobs are all going to end up in the same scene together sooner or later. Everybody has a secret and as Renberg torques the tension the question becomes: Which secret is the Jenga secret? At what point does everything come tumbling down?

One of the pervasive and most intriguing themes in this story is change and the stress it causes. Even good changes cause stress: marriage, childbirth, job promotions, graduations. Stress over bad changes can flatten you: divorce, death, losing a job. Criminals are people, too: Technology, the internet and the disappearance of cassette tapes scares the hell out of Rudi. Cecilie is melancholy over gentrification in their down-at-the-heels neighborhood and, feeling out of place, wonders if maybe she should gentrify herself as well. Jan Inge is terrified that Rudi and Cecilie will move out of the house they share in favor of their own place and then everything will change.

See You Tomorrow is often very funny in an off-kilter way that manages to point out the absurdities and contradictions in the lives of its characters, usually, somehow, in a rather gentle manner. For example, Jan Inge and the gang have decided upon “a time-honored classic” insurance scam to get the money Pål needs to square his gambling debts. Here’s Jan Inge explaining the motivations of the hypothetical criminals [them] that are going to break into Pål’s home, rough him up and steal his stuff:

“It’s the same as when a gang of youths kick the wing mirrors off parked cars. They’re generally acting out after a painful upbringing. They’ve experienced maltreatment and abuse. We’re talking about failure of care a lot of the time. These people have something inside that has to come out. A need for destruction. The crooks that were at your place tonight suffer from something like that. Do you understand, Pål?”

He is, of course, absolutely correct and has unwittingly described himself and his cohorts. Here they are discussing how much damage to inflict on Pål, specifically whether they should break his nose, and Rudi feels that he’s being ignored in favor of a just-sprung Tong:

Pål stamps on the floor. Jan Inge turns to him. “Yes, Pål? Did you want to say something?”

Jan Inge shrugs. “Well,” he explains, “it’s just that we have had a mishap with a nose before.”

“It’s not really something we ought to be discussing with you, Pål. That just wouldn’t be right. Now we’re going to break it, it will hurt, but Tong knows what he’s doing. Put it this way, the mishap wasn’t his fault –”

“Rudi, don’t be touchy. Remember what we talked about. Little good comes from taking affront. … ”

“Rubitinbaby! … One mistake and it haunts you for the rest of your life! I’m here too y’know, I do exist! What is it you’re always saying? That we’re a team? You’ll never walk alone? Well then. Mr. Bullshit Writer. Mr. Horror, what do you think it’s like not to be noticed? Just because that little Korean is back again? Have you forgotten your chocolate chip cookies, Manchurian Candidate? I WON’T STAND FOR THIS! ONE MISTAKE AND YOU’RE HAUN –”

Jan Inge fixes his gaze on a point picked in the air at random. He inhales and exhales, feeling like an adult in a nursery.

Teenagers drive a lot of the action in See You Tomorrow. Everyone knows that teenagers are dramatic and, due to inexperience, have a faulty sense of perspective. “Over and over again they repeated their own short history, and they thought it was the most important story of all.” Y’all remember that feeling? I remember. We do teens a disservice when we tell them that what they’re feeling isn’t really love. Then we get into the argument over perception v. objective reality. Is there such a thing as objective reality? Or is there only perception? No matter which side of that argument you come down on it is inarguable that perceptions lead to actions and those actions have consequences. What if the best you can do is wake up every morning and try to do better?

In the end I agree with Jan Inge: the most terrifying thing is the fact that there is such a thing as too late.

We’ve just lived, Pål thinks, from one day to the next, we’ve tried to do as well as we could. Often, when he hears people discussing their lives, it seems like they’re talking about a series of choices they’ve made. It doesn’t feel like that to Pål. It feels, for the most part, as though life were a river and he’s been a boat. 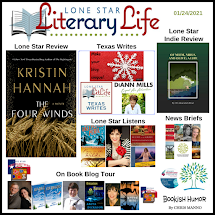