Each year, the American Library Association's Office for Intellectual Freedom compiles a list of the top ten most frequently challenged books in order to inform the public about censorship in libraries and schools. The ALA condemns censorship and works to ensure free access to information.

A challenge is defined as a formal, written complaint, filed with a library or school requesting that materials be removed because of content or appropriateness. The number of challenges reflects only incidents reported. We estimate that for every reported challenge, four or five remain unreported. Therefore, we do not claim comprehensiveness in recording challenges. 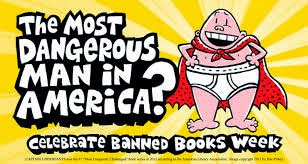 6. A Bad Boy Can Be Good for A Girl, by Tanya Lee Stone
Reasons: Drugs/alcohol/smoking, nudity, offensive language, sexually explicit

8. The Perks of Being a Wallflower, by Stephen Chbosky
Reasons: drugs/alcohol/smoking, homosexuality, sexually explicit, unsuited to age group

Thanks to the Office for Intellectual Freedom of the American Library Association.
Posted by Texas Book Lover at 7:00 AM