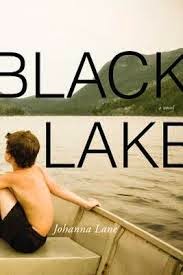 “…there had to be unsaid things between husbands and wives, and he had learnt that, though these were the things that saved you, they separated you too.” - John Campbell

The main character in Black Lake by Johanna Lane is not a person; it’s a house. But the word “house” doesn’t do justice to Dulough. A castle estate set on the Irish cliffs of the North Atlantic, Dulough is a concept. The Campbell family, father John, mother Marianne, and the children Katherine and Philip, live at Dulough (“black lake” in Irish). It has been in the Campbell family for 150 years. When funds run precipitously low due to, it seems, general lassitude on John’s part, he does the unthinkable: he allows the government to run Dulough as a museum for tourists, which will pay for needed repairs to the property. In return, John receives a salary for the first time in his life and the government builds a small cottage for the family alongside the caretaker’s cottage. When the “upstairs becomes the downstairs” neither is on sure footing. The ensuing turmoil allows the existing faults in all of these relationships to shift, with tragic consequences.

Fast forward six months: twelve-year-old Katherine Campbell finds herself locked in the top floor ballroom of Dulough with her mother Marianne. Marianne is the one with the key but she doesn’t want to leave. She has, however, taken leave of her senses.

"It was after the snow that the mother began to talk about the girl’s brother as if he were still with them. One morning, as the girl did her lessons, her mother said, 'I’d like you two to have this finished by lunch.'


The girl’s heart jumped. But it was a tiny word, two – a slip of the tongue, perhaps."

Moving back and forth in time, between an omniscient narrator and the members of the Campbell family, has the same result as a game of telephone. Each narrative includes the same ingredients, the same information, but the different perspectives become a disjointed truth. The character on whom the future of this family hinges is the last to speak. Marianne Campbell will fill in the blanks left by her children and an obtuse, ineffectual husband.

Black Lake is author Johanna Lane’s debut novel. She grew up in Ireland and now makes her home in New York City. Lane is either an empath or else she remembers better than most how it feels to be a child. She is a genius at conveying both the brutal, inexorable logic and the free-association of a child’s mind. “The men were older than his father; they had deep lines in their faces. Like valleys, Philip thought. He imagined tiny glaciers settling into their skin, the ice cracking and expanding. They had been doing glaciated valleys in Geography.” And this: “He thought about the man who hadn’t flinched when Mrs. Connolly poured tea on the back of his hand. He wouldn’t have much tolerance for children who didn’t do what they were told. Philip imagined the man pouring teapot after teapot onto his outstretched hands. And him not being allowed to flinch, either.”

The Irish countryside is also a character in this tale, the environment wild and formidable, the atmosphere thick with foreboding. Lane also possesses a gift for description. “The wind was already in the gardens, the tops of the trees bent as if they were straining to talk to each other and straining to hear.” And this: “A ring of yew trees encircled the churchyard, a sign that his family believed they were going to heaven. But the trees had the opposite effect. It was dark under their canopy, even in the middle of the day. The roots curled themselves into the graves and the branches twisted into the contortions of the wind.”

Like all good Irish tales, the theme of social justice haunts the place. During her turn, Marianne, upon discovery of the family diaries John has hidden away, will tell you the history.

“John had never thought of his family as privileged. They had lived in a grand house, yes, but they’d had no luxuries. And yet he realized now that he had been spoilt. He had been brought up to think that there would always be enough money, magically there, because people like them always had enough. It was unthinkable that they would have to compromise themselves to accept a job they didn’t want, a job that might take them away from Dulough, a patch of Ireland they had a right to.”

Black Lake is ready to inherit a place amid the long and strong tradition of family dramas set in the great Gothic homes of Irish history.

Bonus: you can check out Johanna Lane's photographic inspiration for Black Lake on her Pinterest page.
Posted by Texas Book Lover at 1:51 PM