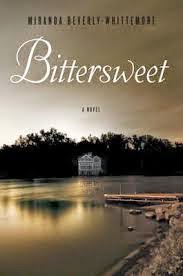 “The truth is a noble grail to seek. But if you’re after it, you must imagine, first, what it will mean to get it. The truth is neither good nor bad. It is above evil. Above morality. It doesn’t offer anything besides itself.” – Gammy Pippa

What’s in a name? Quite a bit, actually. Mabel Dagmar is mousy and overweight, physically timid (she’s afraid of heights, water, storms – you name it), from a poor family plagued by an abusive father. She is an ambitious, prudish “stock-piling peasant” from Oregon with intellectual pretensions. Genevra Katherine Winslow (known as Ev) is a rich, willowy risk-taker whose family owns a summer estate on Lake Champlain in Vermont called Winloch. Ev knows no boundaries; all Mabel has ever known are boundaries. They have two things in common: they are both damaged and each has a secret.

The young women are freshman roommates at an elite private college in New York. As Mabel says in the opening paragraph of the book, “Before she loathed me, before she loved me, Genevra Katherine Winslow didn’t know that I existed.” That changes when one of Ev’s cousins commits suicide and Mabel is there to listen and offer comfort. She invites Mabel to spend the summer at the eponymous Bittersweet, Ev’s cottage at Winloch.

“An invitation marks the beginning of something, but it’s more of a gesture than an actual beginning. It’s as if a door swings open and sits there gaping, right in front of you, but you don’t get to walk through it yet. I know this now, but back then, I thought that everything had begun…”

The summer begins as a certain sort of American idyll: a New England summer peopled with a rich, brash, physically beautiful, politically powerful family; they spend their time sailing, romping with their expensive, faithful hounds and picnicking on the expansive lawns. Picture a Ralph Lauren ad campaign. Mabel is uncertain of her place. She is an invited guest but clearly not of this aristocracy; she skirts the edges of the gatherings, clutching a copy of Milton’s Paradise Lost which she never seems to make much progress with. Pity. She might’ve been better prepared.

“As more Winslows arrived, I filled a china plate and nibbled at the far wall, watching them pass before me – an older woman, a little boy, the well-dressed mothers, the chiseled men – all with their alabaster skin, scrubbed clean of imperfections. They were a perfect, particular breed of animal, like racehorses or hounds, thin-ankled and groomed. It was easy to tell those of us not related by blood – we were almost all shorter and darker, but there was something else – we hung back.”

Could new blood be just what the Winslows need? It’s not long before Mabel is approached by Ev’s eccentric Aunt Indo who claims that the family is out to get her and promises her cottage at Winloch to Mabel if she can find the necessary information to help her. You see, there is an archive of family papers in the attic of the main house. Indo plants the idea of a conspiracy in Mabel’s head and Mabel digs for the evidence like a dog with a bone as she begins searching for clues. And she does find clues: a squirrelly family tree, bankruptcy documents, tax returns, inventories. The numbers don’t add up. Mabel goes back to Indo and tells her that she’s found some questionable documents but nothing incriminating. Indo gifts (or curses) Mabel with her mother’s diary and tells her that the key is in the diary, particularly in the dates. As the brushstrokes merge to form a painting, for the first time in her life, Mabel begins to feel powerful.

As Mabel becomes ever more obsessed with the Winslow secrets, Ev is decompensating. She’s consorting with the help, disappearing for days at a time and gobbling illegal substances. As Mabel begins a tentative relationship with Ev’s brother Galway (odd man out in this family), an immigrant’s rights advocate (I found this appropriate – Mabel being a sort of immigrant to Winloch), her relationship with Ev begins to disintegrate. As toxic family secrets ooze to the surface like polluted groundwater, the Gothic atmosphere of foreboding contaminates everything about Winloch. The frightening denouement bears down on you with the force of a freight train of cattle cars. You will think you know all the secrets but you will be wrong. The puppet master is not who you suspect. The opening paragraph of the last chapter found me audibly sucking in my breath, eyes wide. I closed the book and stared at the wall for a couple of minutes before I could continue reading.

I ceased fretting about stereotypes by the end of the first chapter when it dawned on me that, as in fairy tales, these characters are archetypes. That each is also an individual is a feat of author Miranda Beverly-Whittemore's imagination and intuition. I wound up not wholly liking anyone and isn’t that reality? Like these characters, we are bundles of needs and desires that are frequently inconsistent. Mabel in particular is a collection of contradictions. She disdains the Winslows and yet covets everything they represent. “…scholarship girls aren’t meant to slumber beside the scions of America because doing so whets insatiable appetites.” Mabel is an ambitious girl with a wide streak of self-righteousness; she is naïve and seeks the approval and acceptance of those she believes to be morally inferior to her.

The language of Bittersweet is almost flawless. Word choice is delicious and intelligent, the sentences beautifully and lovingly constructed. The plot is intricate without tying itself into knots. The final plot twist will leave you slack-jawed. The author is an expert at pacing; she drops clues like so many buttery breadcrumbs. The path is treacherous but the temptations are sweet. Bittersweet satisfies to the very end.

Here is my clue for you: Milton also wrote Paradise Regained.
Posted by Texas Book Lover at 11:02 AM