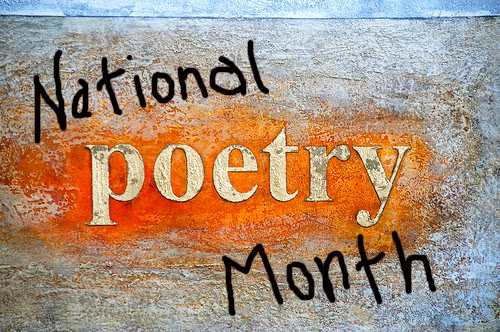 Arranged around the lamp's mercury glass globe,
They reach out for or defend against
The attention that wood or bronze or resin
Shakily command at this late stage
Of reproduction. After all, none is like
My own one of a kind, its rigging
Of creases, its scuffed half-moons and bitten nails,
Its quivering index and moiré
Pattern of skin loosely draped over the bones -
Liver spots carelessly spilled on it,
Along with whatever dings or oily stains
The insincere handshake and backslap,
The dog's tongue or jock's package have left behind.
Those on this table are innocent.
The pair unscrewed from a side chapel's martyr
Still holding crazed flakes of their own thumbs,
The pharaoh's fist implacably denying
The idea there are more gods than one,
A factory glove mold, the madam's ring holder,
A mannequin's milk-white come-hither,
The miniature ecstatic's stigmata,
Someone's smartly cuffed, celluloid brooch,
A Buddha's gilded fingertips joined and poised,
Like a conductor's, at last to re-
lease the final, tremulous, resolving chord -
Each frozen in a single gesture,
Pleading, threatening, clinging, shielding, the sorry
Travelling company called Fierce Desire,
These here on the left knowing only too well
What those on the right have been up to.
Patiently assembled on their glass senate
Floor, forever in session, the ayes
Have it over and over again (despite
Gloria Vanderbilt's birthday gift,
A rough-cut back-country tobaccoed pine paw
That flatly refuses to take sides).

And of living hands, how many have I held,
As it were, for keeps - say, wordlessly,
After the promise that bodies can make, held
While staring at his sweetly shut eyes.
What, time and again, was I holding onto,
As if it had been for dear life's sake?
Looking back, I guess I am glad they let go.
Theirs are not the hands that haunt me now.
The one that does belonged to a blustery,
Timid soul at home in dull routines,
Forfeiting glamour and curiosity,
A life sustained by its denials.
I reached for it, only because B-movies
Demand one pick it up off the sheet,
A shrivelled, damp, and fetid wedge still clutching
Nothing but a bed railing of air,
Its slackened tendons stiff and crusted with scabs
And knots of scar tissue abutting
Deep-sunk hematomas, from which the knucklebones
Jutted like cairns, nails cracked and yellow.
Though dead for hours, it was not yet cold.
I didn't know what to do with it.
So I held onto it without wanting to,
Fearful of letting it go too soon.
It was what - now for the last time - I first held.
It was a hand. It was my mother's.

Click here to listen to J.D. McClatchy read this poem.

J. D. McClatchy, is a versatile and elegant poet in the line of W. H. Auden, Elizabeth Bishop, and James Merrill, who is also the editor of several dozen literary anthologies and a prolific opera librettist. A keen understanding of the operatic business of being human unites the poems in McClatchy’s Plundered Hearts: New and Selected Poems, from which we get this work, and covers a career of seven volumes so far, spanning more than three decades.
Posted by Texas Book Lover at 11:13 AM