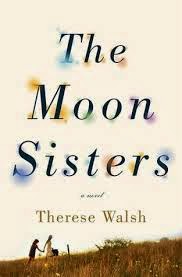 The Moon Sisters by Therese Walsh is an exploration of the simultaneous joys and anguish of hope and a lesson that there is never just one point of view with which to approach life. Everyone here is hoping for something: Jazz hopes for normal; Olivia hopes for reprieve; their grandmother hopes for peace; their father hopes for cessation; Red Grass hopes for reunion; Hobbs hopes in spite of himself. What did I learn? That "what-ifs taste like cheese from a can." No regrets.

As the story begins Olivia discovers her mother dead at the kitchen table, collapsed beside her typewriter and a sealed envelope, with the oven on and the pilot light off. It is frigid February in West Virginia, the kitchen window and the door to the living room tightly shut against the cold. Did she or didn't she?

The Moon Sisters is divided into the five stages of grief.

Denial: Olivia Moon, the younger sister, the dreamer and wanderer, suffers (?) from synesthesia and cannot be depended upon to do the sensible thing. Synesthesia tangles the sensory wiring in your brain. You smell colors and see sound. Olivia absolutely denies that her mother might have committed suicide and has literally stared straight at the sun so much after her mother's death that she is now legally blind; she's got black spots in the center of her vision.

Anger: Jazz Moon, the older sister, the practical one, is the one everyone can depend on now that Beth is gone. She has always taken up Olivia's slack. She is convinced that her mother committed suicide and she's livid, always, with no patience or sympathy for her younger sister or their father who's begun drinking heavily.

Bargaining: Beth Moon worked on a book for years, a fairy tale that took place in the cranberry bogs of West Virginia, but never brought herself to finish the story. She seemed to suffer from clinical depression: mood swings, anxiety, excessive sleeping, indecision, exhaustion, inescapable sadness, an absence of light. Her husband offered to take Beth to the cranberry bogs in the hope that she would see her will-o-the-wisp and finally find inspiration for the conclusion of her book but she refused to go. Olivia gets it into her head that she'll achieve some form of closure if she travels to the bogs herself, witnesses the magic, and scatters Beth's ashes. Their grandmother convinces Jazz to drive Olivia there. Against her will and better judgment, Jazz agrees.

Their vehicle breaks down along the way and Olivia jumps a freight train while Jazz is dealing with the mechanic. She is bone-weary of what the poet Shel Silverstein called the "...mustn'ts, ...the don'ts...the shouldn'ts, the impossibles, the won'ts...the never haves..." Jazz goes after her. The two sisters spend the next three days traveling by rail, foot and hitch, meeting a motley crew of outcasts (including Red Grass and Hobbs) along the way, to finally arrive at their destination.

Depression: Of course, nothing quite works out as hoped. There's that word again. As Olivia observes: "It never occurred to me until after Mama died that there might be a danger in the way we went about wishing, by asking a force outside ourselves - be it fate or luck, Santa Claus or Baby Jesus - to make something come true. Maybe wishing made it less likely that we'd try to make things come true on our own. Maybe wishing made something inside us go lax."

Acceptance: But things do work out, in the most unexpected ways. Each of these flawed, scarred and lovely people finds what they were originally hoping for. Forced outside of themselves by circumstances, they find what they were searching for in each other. 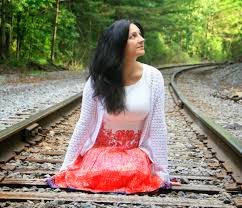 Therese Walsh is also the author of The Last Will of Moira Leahy and the co-founder of Writer Unboxed, an award-winning website and online writing community.

I'm going to present you with two quotations about hope. With which will you agree?


Hope in reality is the worst of all evils because it prolongs the torments of man. - Friedrich Nietzsche