"I got my mojo working, but it just don't seem to work on you." Muddy Waters

How's that for a motley crew? Memphis Mojo by Gerald Duff is impossible to slot into a genre. I am flummoxed and so I'm going to call it an example of modern regional American fiction; this particular region being the American South, which is itself a conundrum and therefore the probable cause of my flummoxation. Yep. The purported question is 'Who killed Beulahdene Jackson?' But that's not the central narrative or issue in Memphis Mojo. This book is really a sly skewering of the racial, social and religious constructions of the American South disguised as a detective novel. It strikes me that the most truthful statement in Memphis Mojo is uttered by Bob Ferry (criminal 2): "Racism is eating this country up...it's making everybody in it as dumb as a fence post." The real question is 'Why in the whole wide world does anyone listen to and trust a man like Jimbo Reynolds?' Or that's my question, anyway. I'd rather hang out with Tonto. Just don't piss him off.

Our story begins with Ragsdale and Walker eating breakfast at the IHOP. See the discussion of bacon and racial profiling below. Batiste, Ferry, Winston and Bridges are also at the IHOP, discussing invading the home of Reynolds in Nathan B. Forrest Estates(!) and high school football. Walker recognizes Batiste as a suspect in a homicide from a few years ago but there wasn't enough evidence to go to trial and Batiste was released. Cut to the lobby bar in the Peabody Hotel. Jimbo "Range Foreman" Reynolds is interviewing a candidate for a public relations position in his Sun-Rise Ministry of the Big Corral (aka Cowboy Church - I am not making this up). See the discussion of Baptists and Episcopalians below. The call comes in at Memphis PD that Ms. Jackson has been found dead in her home and this kicks off the investigation that eventually leads to the collision of our two heroes, all four criminals, Preacher Jimbo and Colorado in the Nathan B. Forrest Estates. With a cameo by Ricky Nelson.

The best thing about Memphis Mojo is the dialogue. The dialogue! Ragsdale and Walker are like George and Gracie, Ralph and Alice, Lorelai and Rory Gilmore. The dialogue between these two is intricate and seamless. The Fred Astaire and Ginger Rogers of conversation. Call and response. Examples:


"I said Caucasian, J.W.," Tyrone went on, "to distinguish between the effect of bacon on a white man like you and an African-American like myself. Not that there's really such a thing as race to be recognized, of course."

"What your mouth enjoys your body despises, J.W. Get that by heart."

"Get back to this race thing," J.W. said, loading grits on his fork. "No such of an animal, you say, as that."

"That is the latest thinking, Sergeant Ragsdale, and I'm surprised you haven't come across that in your research into Memphis social structure."

Or this, upon the occasion of the arrest of a formerly particularly loquacious individual:


"He ain't made a peep. He ain't said a word, and we been standing here in the yard probably two or three minutes. Back in the old days, Ronnie would've said four or five paragraphs by now. He would've done got out a writ on your ass, Sergeant Walker, for knocking him down on that old wet grass and getting his pants all muddy and stained up."

"Sergeant Ragsdale," Tyrone said in an earnest voice, "I do believe Ronnie Katz has seen the error of his ways and has come back to Memphis to atone. He is prepared to submit himself to the due processes of the justice system of the great state of Tennessee. Do not misjudge this man."

The second best thing about Memphis Mojo is the insight into the religious strata and strategies of the American South. For example:


"Here I am, up before a congregation of believers of a certain stripe. They've come out of a fundamentalist background, and they're all employed and making some money. Putting some cash by in many cases. Got a mortgage, got a bass boat. But they are our kind of people. Hell, a Southern Baptist among them would pass for an intellectual. He'd be like an Episcopalian is to a congregation in East Memphis. You know, thoughtful." 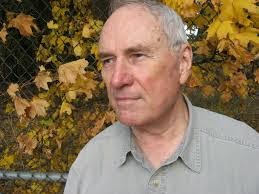 Gerald Duff is a native of East Texas but not OF East Texas. Y'all know what I'm talking about. If you don't you can go here for my review of his memoir Hometruths: A Deep East Texas Memory. He is the author of 18 books including Blue Sabine which I reviewed here. Duff has won the Cohen Prize for Fiction from Ploughshares and the St. Andrews Prize for Poetry.

By the way, all of the action takes place against the backdrop of the fiftieth anniversary of "That's All Right" by Elvis Presley right there at Sun Studio on Union Avenue in Memphis. So here ya go - enjoy!