The Day We Fight Back - February 11 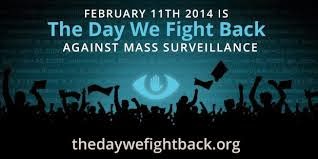 Tuesday, February 11th, is The Day We Fight Back Against Mass Surveillance.

On the anniversary of Aaron Swartz's death and the Stop Online Piracy Act (SOPA) Blackout, a broad coalition of activist groups, companies, and online platforms announced a worldwide day of activism in opposition to the National Security Agency's (NSA) mass spying and to demand that legislators oppose the FISA Improvements Act and support the USA Freedom Act.

Tomorrow library supporters in the United States have been asked to take action to urge Congress to pass major reforms to our surveillance laws. You can use the American Library Association's (ALA) legislative action center and library text alerts to call members of your congressional delegation to urge them to vote for reforms such as those in the USA FREEDOM Act (S.1599 and H.R.3361) and other reform proposals. ALA is making this effort because of the library community’s long standing commitment to privacy, starting with the protection of patron library records. Grassroots support from ALA has meant a lot to the reform attempts since passage of the USA PATRIOT Act in 2001. Now with public knowledge about the extensive surveillance of telephone records and other revelations, there is an opportunity get some real reforms to the surveillance system. That is why we need our library voices to express the need for ending mass surveillance, bring due process to the FISA court process and rationality to the collection and retention of data about millions of people. 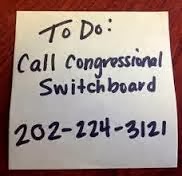 
February 11th, 2014 at 12 PM
Details: At noon, Restore the Fourth will be engaging the people of Austin by performing street theater! Dress up like an NSA agent and pretend to record our fellow Austinites just like the real National Security Agency does every day in a less visible form. Later in the evening, we need your help to make the longest message in Austin Overpass Light Brigade's history.


February 11th, 2014 at 12 PM
Details: Come out and show Big Brother what it looks like when the people get mad. Bring signs and banners in the spirit of this struggle.

Email ThisBlogThis!Share to TwitterShare to FacebookShare to Pinterest
Labels: censorship