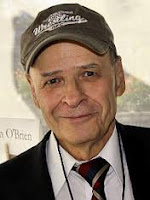 May is Short Story Month and today's author is Tim O'Brien. An American novelist and short story writer, O'Brien is both critically-acclaimed and popular with the general reading public. The two things do not often go together. A lot of his work is semi-autobiographical and deals with the Vietnam War. He is a big believer, as am I, that fiction can often times be more truly authentic than the facts of a given situation. See verisimilitude. O'Brien has several times held the endowed chair in the MFA program at Texas State University in San Marcos. He lives with his sons in Austin.

Born in Minnesota in 1946, O'Brien was Student Body President, and graduated from the political science program of, Macalester College in 1968, shortly after which Uncle Sam came calling and he was drafted and shipped out to Vietnam. He took his place in 3rd Platoon, Company A, 5th Battalion, 23rd Infantry Division, US Army infantry, a grunt, and was in country from 1969 to 1970. After completing his service O'Brien went on to graduate school at Harvard and an internship at the Washington Post. His first book was published in 1973, If I Die in a Combat Zone, Box Me Up and Ship Me Home, a memoir. He won the National Book Award in 1979 for Going After Cacciato, a novel of the Vietnam War.

Lest you think O'Brien is limited in any way to war stories, please see In the Lake of the Woods, which won the James Fenimore Cooper Prize for Best Historical Fiction in 1995, for a first-rate mystery (the word is inadequate as a description of this book). See Tomcat In Love for the priceless satirical tale of a gentleman(?) who might, or might not, be the mid-west's answer to Casa Nova. O'Brien is a recipient of the Dayton Literary Peace Prize, awarded in 2012 for lifetime achievement. His papers are archived at the Harry Ransom Center at the University of Texas. Go here for a complete bibliography; here for the author's web site; here for his Facebook page.

O'Brien very rarely comments on the politics of the Vietnam era but when he does it can be quite sharp. For instance, he once remarked that his hometown was "a town that congratulates itself, day after day, on its own ignorance of the world: a town that got us into Vietnam..." Ouch. And bravo. Incredibly, we still suffer from this complex and it got us into Iraq and Afghanistan. To be proud of our ignorance and arrogance is a disservice to ourselves, our military, and, because of our power, a disservice to the entire globe. And...take a breath (hopping off my soap box). Back to lit.

Our story is "The Things They Carried," which is both the title of a story and the title of the collection. The devil, and everything else, is in the details.
Posted by Texas Book Lover at 4:16 PM