May is Short Story Month and today's author is Shirley Jackson. Born in San Francisco in 1916, Shirley Jackson was an American novelist, poet and short story writer. She graduated from Syracuse University, New York, where she wrote for the campus literary magazine, published her first story "Janice" (1938), and met her husband, Stanley Hyman, a prominent literary critic. Their personal library is rumored to have numbered approximately 100,000 books. Soooo jealous. They surrounded themselves and their four children with literary lights of the day - Ralph Ellison finished Invisible Man in their guest room. 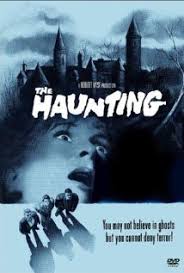 No live organism can continue for long to exist sanely under conditions of absolute reality; even larks and katydids are supposed, by some, to dream. Hill House, not sane, stood by itself against its hills, holding darkness within; it had stood so for eighty years and might stand for eighty more. Within, walls continued upright, bricks met neatly, floors were firm, and doors were sensibly shut; silence lay steadily against the wood and stone of Hill House, and whatever walked there, walked alone.

Is that not the best opening paragraph of any horror novel ever? Jackson's work was a major influence for the likes of Richard Matheson, Neil Gaiman and Stephen King. In fact, King will tell you, in Dance Macabre, that Hill House is the best haunted house story ever published. Jackson also wrote a couple of memoirs, one titled Life Among the Savages, which she noted was a 'disrespectful memoir of her children.' For a complete bibliography go here. Her papers are archived at the Library of Congress. 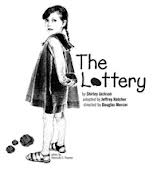 Today's offering (pun intended) is "The Lottery" from The Lottery and Other Stories, ". . .a chilling tale of conformity gone mad." "The Lottery" was published in The New Yorker in 1948 and still holds the record for most mail received by that magazine for any story; almost all of it "hateful," the author noted. After her death in 1965, her husband claimed that Jackson was quite proud that South Africa had banned the story. She felt this must mean they understood it. Enjoy!