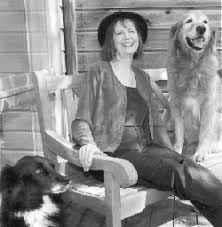 May is Short Story Month and today's author is Bobbie Ann Mason. Mason is an American novelist, short story writer, essayist and literary critic. She is from Kentucky and the majority of her work takes place in the American South. However, Mason's South is not Gothic, it's not Faulkner. Mason's south is more contemporary: working-class, Wal-mart and strip malls. Critics have dubbed it "shopping mall realism," although I think this a rather precious term that does a disservice to what is serious and universal work.

Mason's first short story was published in The New Yorker in 1980. Her first collection, Shiloh and Other Stories, was published in 1982 and won the Ernest Hemingway Foundation Award. Since then Mason's stories have appeared in periodicals such as Mother Jones and The Paris Review, and have been anthologized many times. Her first novel, In Country (1985), has become legendary, considered to be an iconic work of the post-Vietnam War South, and was adapted to film in 1989 starring Bruce Willis. A recipient of a National Endowment for the Arts Fellowship and a Guggenheim Fellowship, she was the first writer in residence at the University of Kentucky.

Today's story is "Shiloh," which explores with pathos and humor the effects on a marriage after the death of a child.

Fun bonus: Mason is also the author of a short biography of Elvis Presley for the Penguin Lives Biographies series. You can listen to the author talk about Elvis with NPR here.
Posted by Texas Book Lover at 5:34 PM