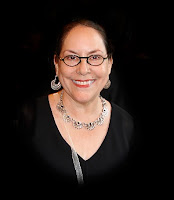 David Talamantez on the Last
Day of Second Grade

David Talamantez, whose mother is at work, leaves his mark
everywhere in the schoolyard,
tosses pages from a thick sheaf of lined paper high in the air one
by one, watches them
catch on the teachers' car bumpers, drift into the chalky narrow
shade of the water fountain.
One last batch, stapled together, he rolls tight into a makeshift
horn through which he shouts
David! and David, yes! before hurling it away hard and darting
across  against
the light, the little sag of head and shoulders when, safe on the
other side, he kicks a can

in the gutter and wanders toward home. David Talamantez
believes birds are warm blooded,
the way they are quick in the air and give out long strings of
complicated music, different
all the time, not like cats and dogs. For this he was marked down
in Science, and for putting
his name in the wrong place, on the right with the date instead
of on the left with Science
Questions, and for not skipping a line between his heading and
answers. The X's for wrong
things are big, much bigger than Talamantez's tiny writing.
Write larger, his teacher says

in red ink across the tops of many pages. Messy! she says on
others where he has erased
and started over, erased and started over. Spelling, Language
Expression, Sentences Using
the Following Words. Neck. I have a neck name. No! 20’s, 30's.
Think again! He's good
in Art, though, makes 70 on Reading Station Artist's Corner,
where he's traced and colored

an illustration from Henny Penny. A goose with red-and-white
striped shirt, a hen in a turquoise
dress. Points off for the birds, cloud and butterfly he's drawn in
freehand. Not in the original

picture! Twenty-five points off for writing nothing in the blank
after This is my favorite scene
in the book because . . . There's a page called Rules. Listen!
Always working! Stay in your seat!
Raise your hand before you speak! No fighting! Be quiet! Rules
copied from the board, no grade,
only a huge red checkmark. Later there is a test on Rules. Listen!
ercng! Sast in ao snet!

Rars aone bfo your spek! No finagn! Be cayt! He gets 70 on
Rules, 10 on Spelling. An old man
stoops to pick up a crumpled drawing of a large family crowded
around a table, an apartment

with bars on the windows in Alazan Courts, a huge sun in one
corner saying, Tomush noys!
After correcting the spelling, the grade is 90. Nice details! And
there's another mark, on this paper

and all the others, the one in the doorway of La Rosa Beauty
Shop, the one that blew under
the pool table at La Tenampa, the ones older kids have wadded
up like big spitballs, the ones run
over by cars. On every single page David Talamantez has crossed
out the teacher's red numbers
and written in giant letters, blue ink, Yes! David, yes!
Posted by Texas Book Lover at 11:49 AM