Well, this was disturbing at best, terrifying at times. I thought it was just going to be an allegory on the idea that women, once we reach a certain age, become socially invisible. I've heard this theory before and was prepared for that. I wasn't prepared for actual, physical invisibility, and people who still DID NOT NOTICE.

Clover Hobart wakes up one morning, glances into the bathroom mirror while brushing her teeth, and sees a toothbrush and a bathrobe. She does not see her face or her hand holding the toothbrush. Clover has a husband (a very busy pediatrician), a son (living at home again after a lay-off) and a daughter (at college). She used to be a reporter but has gradually devolved into a gardening columnist at the local newspaper. None of them notice. Her mother-in-law, a yoga-teaching hippie, notices. I have always had a soft spot for hippies.

A few days later, Clover sees an ad in the newspaper: "Calling Invisible Women, Downtown Sheraton, Wednesday at 10:00 a.m. Bring a Kleenex." Clover goes to the meeting, after wondering rather comically what to wear (how dressy is a meeting of invisible women? are there wigs involved?) and discovers a dozen more women who are also invisible. And they're all naked. Clover finds out that they have tried various remedies: vitamin D, wheat grass juice, ashrams, all to little effect. One of the women bemoans the fact that they aren't even covered by the Americans With Disabilities Act.

Several adventures ensue in which Clover intervenes and saves the day: an abusive husband in the supermarket parking lot; a bank robbery; every-day high school peccadilloes; infiltrating an international pharmaceutical behemoth. At least these women use their invisibility to accomplish something beneficial. Anyone remember that horrible Kevin Bacon movie a few years back? He used his time being invisible to be a total perv. Clover learns how to reassert herself while invisible, dealing handily with abusers, criminals, algebra-test-cheaters and chemists. She and her fellow invisibles figure out what's causing their condition and set out to right a monstrous wrong.

I buy all of this. What I don't get is how quickly and seemingly easily Clover lets her husband and family off the hook. Because it takes months for them to notice she's gone. MONTHS. I'd be damned if any of them would get another meal or ironed shirt from me. Clover becomes an activist, fighting for the human rights of women that the world has deemed expendable, their condition considered an acceptable risk, but she's a cream-puff when it comes to her family. Her excuse for them is that she's so familiar that they have ceased to actually see her. My understanding of this situation is that her family is so spoiled by her that her presence is taken for granted to the degree that Clover is the equivalent of the mechanical systems in your house. You only notice that something's wrong with the HVAC when you get cold or that something is wrong with the water when it ceases to flow from the faucets. Geez. 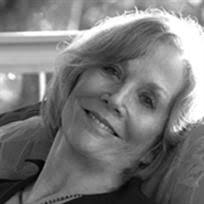 Calling Invisible Women reminded me of Mexico's tradition of magical realism. I did enjoy this book, a bit of fairly light reading, a nice diversion from my usual fare, but still with something to say. Clover begins as a well-developed character and is afforded the opportunity to continue to grow. The people around her are also individuals, complete and differentiated characters. I was aggravated at some of them but they are not ill-intentioned. They are all appropriately abashed and ashamed when they figure it out. The plot moves right along, the pacing is pleasing, no lag-time. Clover's adventures are fun, just don't think too hard about, say, the bank robbery. When I began that chapter I started rolling my eyes and groaning. But it's a mistake to attempt to impose too much literalism on a book about invisible women. That's not what this book is for. This book is for tapping you on the shoulder to get your attention, or poking you playfully in the gut to make its point, not for bashing you over the head. However, you may find yourself itching to picket, say, Pfizer, when you're done with this one.

Jeanne Ray is a bestselling author and has written four other novels. She worked as a nurse for forty years before she wrote her first book. She lives in Nashville with her husband.

If you liked this one, you can order it from one of the retailers on this page.
Posted by Texas Book Lover at 8:55 PM