A Poem A Day For National Poetry Month, Day 5 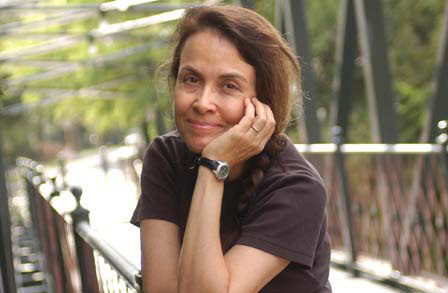 There was the method of kneeling,
a fine method, if you lived in a country
where stones were smooth.
The women dreamed wistfully of bleached courtyards,
hidden corners where knee fit rock.
Their prayers were weathered rib bones,
small calcium words uttered in sequence,
as if this shedding of syllables could somehow
fuse them to the sky.


There were the men who had been shepherds so long
they walked like sheep.
Under the olive trees, they raised their arms—
Hear us! We have pain on earth!
We have so much pain there is no place to store it!
But the olives bobbed peacefully
in fragrant buckets of vinegar and thyme.
At night the men ate heartily, flat bread and white cheese,
and were happy in spite of the pain,
because there was also happiness.


Some prized the pilgrimage,
wrapping themselves in new white linen
to ride buses across miles of vacant sand.
When they arrived at Mecca
they would circle the holy places,
on foot, many times,
they would bend to kiss the earth
and return, their lean faces housing mystery.


While for certain cousins and grandmothers
the pilgrimage occurred daily,
lugging water from the spring
or balancing the baskets of grapes.
These were the ones present at births,
humming quietly to perspiring mothers.
The ones stitching intricate needlework into children’s dresses,
forgetting how easily children soil clothes.


There were those who didn’t care about praying.
The young ones. The ones who had been to America.
They told the old ones, you are wasting your time.
Time?—The old ones prayed for the young ones.
They prayed for Allah to mend their brains,
for the twig, the round moon,
to speak suddenly in a commanding tone.


And occasionally there would be one
who did none of this,
the old man Fowzi, for example, Fowzi the fool,
who beat everyone at dominoes,
insisted he spoke with God as he spoke with goats,
and was famous for his laugh.
Posted by Texas Book Lover at 2:46 PM 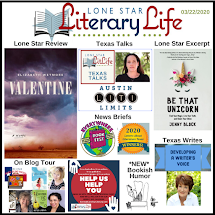 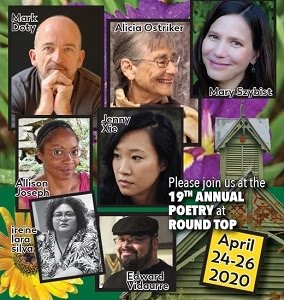