(Aside: This book was shipped to me with Wayward Saints as the addressee, causing my stepmother and sister to inquire as to whether I'd joined a cult.)

Saint is the surname of the principle characters in Wayward Saints: Bub, Jean and Mary. Bub and Mary are definitely wayward, while Jean is just painfully inhibited and scared witless. They live in a small town called Swallow which is painted as a stultifying cliche of a hide-bound neo-con backwater. Bub was frequently unemployed and fond of knocking around his wife and daughter. Jean was thoroughly cowed and unable to protect her daughter. Mary, understandably, became a teenager full of rage directed at  everyone and everything, eventually high-tailing it out of Swallow at seventeen. Who could blame her? Not me.

Mary went on to form a very successful "alternative" band called Sliced Ham. She found a socially acceptable way to misbehave: rock star. And she lived up to the reputation, forced into rehab after a tragedy, both professional and personal. Mary leaves rehab to find a disbanded band, her manager drops her, royalties are drying up, so she aimlessly withdraws from the planet. Mary's redemption and resurrection happen, of course, in Swallow, where she agrees to play a concert for the high school. She has not set foot in Swallow since she was seventeen, nor has she seen her mother or father. So we come full circle.

My favorite character was Jean Saint, Mary's mother. She began this tale as a beaten and abused mother and wife, always trying to placate a husband who couldn't be. She was bound by convention, scared of the "shoulds," frankly she got on my nerves. Although some of the titles of Mary's songs, such as "Sewer Flower," are not something I would want to discuss with my grandmother. But never mind. As Mary must journey, methodically re-entering the world, Jean is on her own journey but she's on rollerblades. She transforms herself, becoming a smart, independent, funny woman and is such a joy by the end of the book. I love her.

I wish I loved this book. The characters are well-drawn and the story heartfelt. There are a few too many cliches. The plot sort of meanders around, decorated by specimens as opposed to people. There are no "regular" (cannot for the life of me come up with a better term) people outside Swallow, they are all trying too hard to be strange. I was not invested in this one. It's a nice little book, nothing much really wrong with it. I do want to say that Suzzy Roche has potential. I will gladly take a look at her next work. I expect it will be much improved. However, I cannot recommend a book if it doesn't elicit more enthusiasm than this. What would be the point of reading? 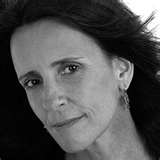 Suzzy Roche is a founding member (with her sisters) of the Roches, a best-selling folk band whose first album was named Album of the Year by the New York Times in 1979.

They are the winners of the book giveaway contest! They have both won a copy of The Discovery of Jeanne Baret, A Story of Science, the High Seas, and the First Woman to Circumnavigate the Globe, by Glynis Ridley. Thanks for participating and supporting TexasBookLover!

GIVEAWAY CONTEST!
Hi everybody! I am so excited, this is my first book giveaway! I am offering two copies of The Discovery of Jeanne Baret as a giveaway. To win your copy you must:

The contest will last for one week, January 20-27, and then I will choose the winners at random.

The Discovery of Jeanne Baret

A Story of Science, the High Seas, and the First Woman to Circumnavigate the Globe
By Glynis Ridley
Crown Publishing Group, Random House 291 pgs
978-0-307-46353-1
Submitted by Random House
Rating: 4 - Read This Book!

Jeanne Baret was an 18th century woman, lover, wife, mother, herb woman, botanist, sailor, adventurer, administrator and sometime cross-dresser. Think about that for a minute. Baret was born a French peasant in 1740, a woman who typically would never travel more than 20 miles from the parish of her birth. A country woman at a time when she would have been chattel, she boarded a ship in 1766 with her lover, the imminent naturalist Philibert de Commerson, and sailed around the world, collecting flora and fauna for the glory of the French Empire. Awesome.

Jeanne Baret was born in the Loire valley in 1740 to an illiterate couple, as 80% of the population at that time were, who rose before the sun and worked hard all day. The average life expectancy was 26. Philibert de Commerson was born near the city of Lyon in 1727 to a prosperous lawyer and estate owner. Much to his father's displeasure Commerson was consumed with a fascination for botany and made it his life's work, traveling across Europe collecting. At some point during the early 1760s Baret and Commerson became acquainted and the naturalist began paying the herb woman to teach him everything she knew. They became lovers during this time and he moved her in as housekeeper. Tongues wagged and soon the couple decamped to an apartment in Paris. Imagine again what this experience must have been like for Jeanne Baret. She had gone from dirt floors, no shoes, no heat in winter and no meat to eat, to a lovely apartment in a beautiful, cosmopolitan city in Enlightenment France, with plenty to eat, no privations. How far she had come!

In 1766 Commerson was charged by the French government to join an expedition to sail around the world in search of lands in which to spread the empire and discover new crops. Luxuries such as coffee and nutmeg would be worth millions if France could grow these commodities domestically. It was to be a trip for a duration of two years and Commerson and Baret would not be separated, besides which she was indispensable to their work. Maritime military regulations prohibited women on board, so our conspirators hatched a plan: Baret would bind up and impersonate a man for the opportunity of a lifetime.


This is such a fascinating story. No one teaches this stuff. Such devotion between Commerson and Baret is rare indeed. Especially on Baret's part. I have two quibbles: 1) things move slowly for the first half of the book, but oh the second half! The second half is well worth waiting for. And 2) I have reservations regarding the author's ascribing mental processes and emotions that might reasonably be inferred but could not possibly be known. However, this is an accepted practice and it enables the facts to become something more than that. They become a human story. I do recommend this book, especially for history buffs and women's studies enthusiasts. Bon voyage!

You can find the author here: http://louisville.edu/english/facultyandstaff/department-of-english/glynis-ridley
Posted by Texas Book Lover at 3:01 PM 1 comment:

Please enjoy this trailer for Steplings by C.W. Smith and read my previous review!