Full disclosure: I am hopelessly in love with Keith Richards

OK, now that you know that I'd like to talk about rock and roll for a minute. Rock and roll is a force of nature. It can and does work radical change on every culture it touches. Remember back in the day when parents were horrified by it and teachers warned of a break down in discipline and preachers were calling rock and roll the devil's music? Everyone was running around hyperventilating and claiming that this music was all about sex and the ruination of western civilization was at hand. I always thought that claim about sex was utterly ridiculous. But you know what? It is about sex. It's sexy, exciting, feverish, sweaty and little dirty (come on you know it.) Hedonism personified. So is Keith Richards.

Mr. Richards is living quite a life and shows no signs of slacking off after some 50 years as a guitarist, vocalist,  songwriter and co-founder of the Rolling Stones. He spent his childhood in Dartford, England as an only child. He joined a boys' choir and sang in Westminster Abbey for the queen. Then his voice began to change with puberty and that was all she wrote for that choir. They kicked him out. Keith was devastated. It was a betrayal. And so he turned into a delinquent, sort of, and to this day carries with him a deeply felt contempt for anyone or anything claiming authority. His grandfather Gus gave him a guitar.

Keith discovered rock and roll while listening to the radio late at night in his room under the covers because he was supposed to be asleep. "Heartbreak Hotel." Then he began to hunt down rock and roll and it's predecessor, American blues. Muddy Waters, Howlin' Wolf. He taught himself to play these songs. Then one day he happened into a man on a train platform with a couple of these records under his arm. Mick Jagger. They began to get together to play and Mick knew a couple of other guys and pretty soon they had a band. They played covers of rhythm and blues songs. The Stones played the club circuit where they were very successful. The band had accomplished what Keith and Mick had envisioned: they were a highly successful London rhythm and blues band. Then along came Andrew Oldham. Turns out that old story about his locking Keith and Mick in a kitchen until they came out with a song is true. "As Tears Go By."

And then Toad's Wild Ride.

Keith's personal relationships have been tumultuous, let's say. A decade long relationship with Anita Pallenberg gave him two children, Marlon and Angela. Another baby died as an infant of CIDS. Keith doesn't say much about that and I wouldn't either. His relationship with Anita finally fell apart due to a devastating heroin addiction. Keith finally got clean and Anita couldn't. A few years later he met and fell in love with Patti Hansen, a model in New York. They have been married for almost 30 years and have two daughters, Theodora and Alexandra.

This book is also deeply satisfying. It is candid, the good and the bad, the ugly and the sublime, and as a reader you are grateful for that. Keith is not a tease. My conclusions in the end are that this is a moral man. He knows right and wrong in a cosmic sense. He gives and demands loyalty most of all. And he is a loyal father, son, husband, band mate and friend. In the end the best thing about this book is the style in which it is told. There's a riff behind the words. Life is written as if you were sitting at the kitchen table having a drink, a smoke or two, and telling stories. 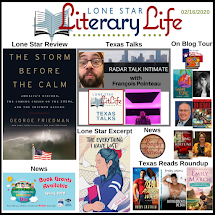