In the Land of Believers

An Outsider's Extraordinary Journey Into the Heart of the Evangelical Church
By Gina Welch
Picador 333 pgs
978-0-8050-8337-8
From my personal library
Rating: 3.5

Gina Welch writes "...And you're never more like Christ than when you're forgiving the unforgivable."

She also writes "...You can see anything you want if you've already decided what you're looking at."

These are my favorite lines from Gina Welch's cultural experiment. Ms. Welch was raised a secular Jew by a single mother in Berkeley, California. She is a Yale graduate. She teaches English at George Washington University. She is a practicing atheist. I just wrote that last sentence and I'm not sure what it means.  All of which I point out simply to say that she is not a typical attendee at church. And certainly not an evangelical Christian church. And never a member of Jerry Falwell's Thomas Road Baptist Church (TRBC.) But she was. She went undercover in the temple of the Moral Majority in Lynchburg, Virginia in the guise of a seeker.

Ms. Welch successfully pitched the book idea for her to go incognito into the land of Evangelical Christians and return to tell the tale. Which I find a little weird because after all they aren't vegetable cult worshippers or something. Nevertheless, Believers is the story of her experiences at TRBC. Ms. Welch spent years at this endeavor. She was baptized; learned to appreciate Christian rock; studied her bible; joined the singles ministry; made friends; even went on a mission trip to Alaska.

And then she had to confess to her pastor and her new friends that she was an impostor. This is the story of Ms. Welch's exploration; her answers; and the questions yet satisfied.

This is a good book that could have been better. Ms. Welch is good at description: of people, places and sensations. I got bogged down now and then. The pace picked up during the Alaska mission trip. I found some of the claims of guilt feelings over her dishonesty to be unmoving. But some of these people were a pleasure to spend time with and know that they exist and are doing good in the world.

I'll include this again because I like it. "...And you're never more like Christ than when you're forgiving the unforgivable."

Posted by Texas Book Lover at 9:58 PM No comments: 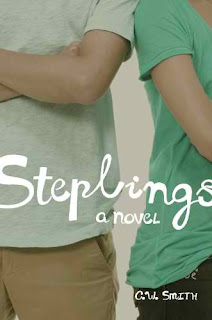 http://www.cwsmiththeauthor.com/
Posted by Texas Book Lover at 10:30 AM 2 comments: