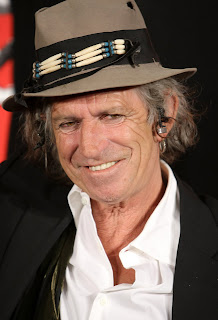 I recently read a book by Jessica Pallington West about Keith ("Keef") Richards, guitarist, songwriter, singer, record producer and co-founder of the Rolling Stones; known to the world as "The Human Riff." The book was mainly a collection of quotes and a timeline of Keith's life and times. As such I didn't think the book lent itself to reviewing. Instead I have decided to post a quote each day featuring the wit and wisdom from one of rock's greatest personalities. 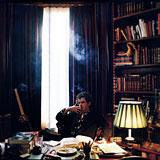 I have been looking for reasons to do this on my blog and have come up with the following: Keith is a Lord Byron figure. He is a bookworm and collector. Photos of his library have been featured in magazines. He has declared that "... the public library is a great equaliser." Keith has also been known to leave favorite volumes bedside for his guests. I am looking forward to his autobiography, titled "Life," which will be published in October.
Also, I have a serious crush and that, my dears, is all the reason I need. So here we go, our first Keith Richards quote. On Creativity and Invention:


"A painter's got a canvas. The writer's got reams of empty paper. A musician has silence." 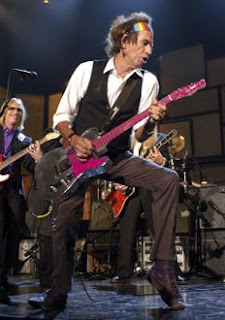